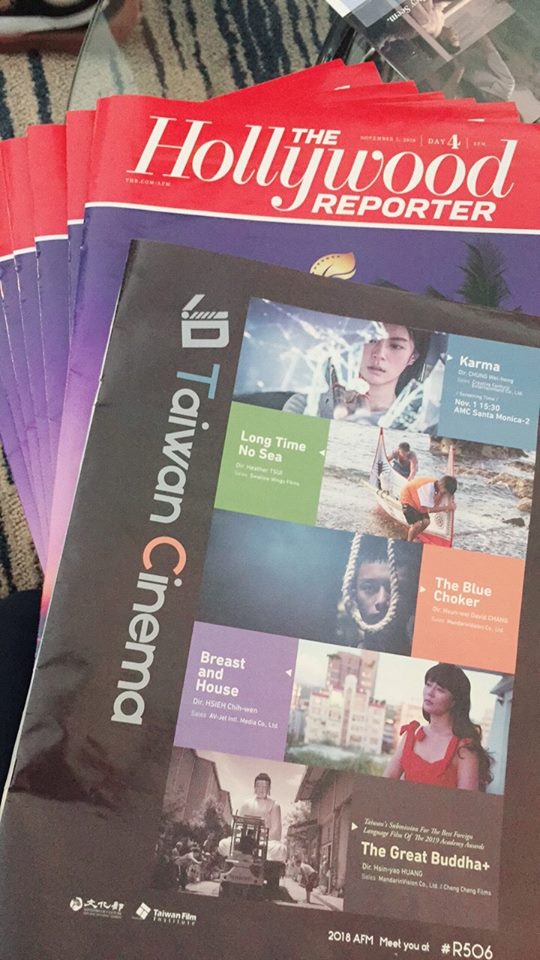 A delegation spearheaded by the Taiwan Film Institute garnered more exposure and distribution opportunities for Taiwan-made films at the 39th American Film Market that ran from Oct. 31 through Nov. 7 at Santa Monica, California.

Taiwan Film Institute (TFI) is a foundation set up by the Ministry of Culture in 2014. It was upgraded from the Chinese Taipei Film Archive (CTFA), which had thirty-four years of history. TFI now shoulders the important tasks of domestic film restoration and education as well as the worldwide promotion of Taiwan cinema and documentaries. Among its recently restored titles are King Hu's "Dragon Inn" (1967) and "A Touch of Zen" (1970).

The Taiwan Cinema stand at Room 506 of Loews Santa Monica Beach Hotel was made possible with support from the Ministry of Culture and the Bureau of Audiovisual and Music Industry Development.