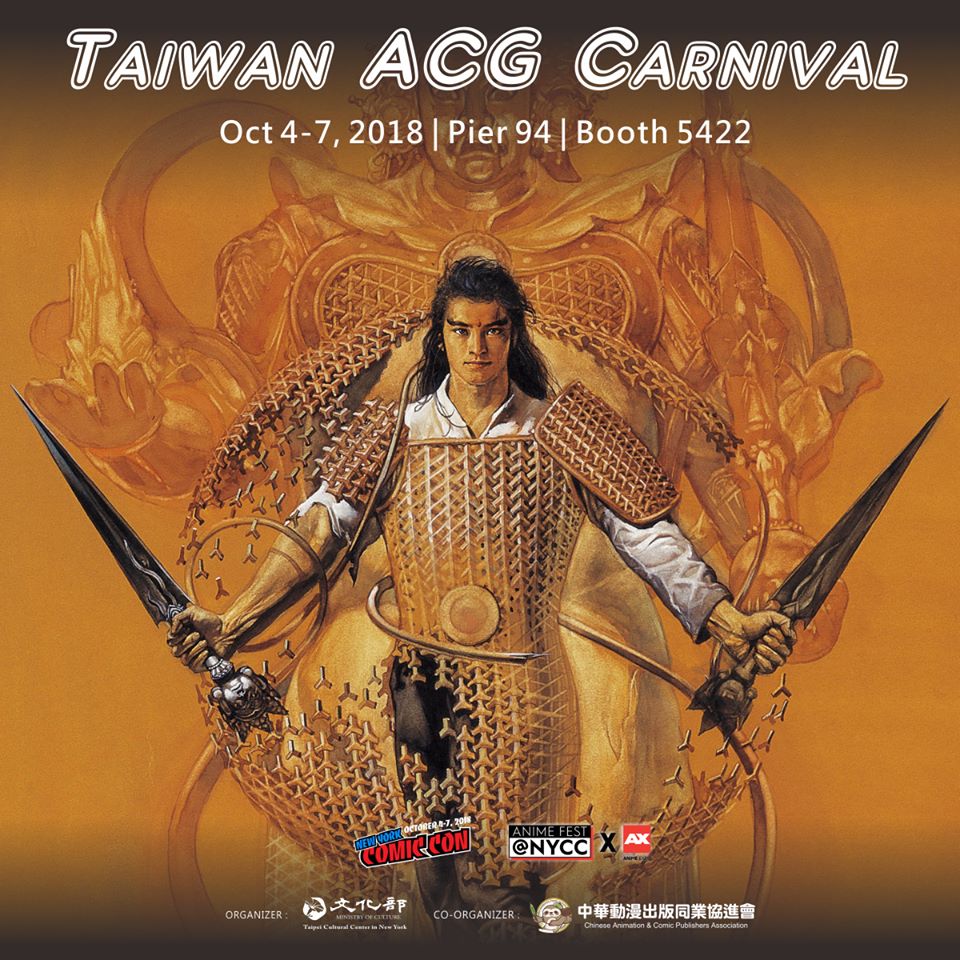 A Taiwan Pavilion spotlighted Taiwanese comics, video games, and artists at the first-ever Anime Fest @ NYCC in New York, which was organized by the New York Comic-Con and Anime Expo and ran from Oct. 4 through 7.

The Taiwan Pavilion held a special showcase of works by late icon Chen Uen (鄭問), a prominent manga artist who established a new style of aesthetics in the wuxia genre. Translated editions of his "Legend of Assassins" and "A-Bi Sword" were also introduced for the first time to American readers.

Golden Comic Award-winning artist Chang Shang (常勝) also held four autograph sessions at Anime Fest. His illustrative style, which is closer to the aesthetics of American cartoons than that of Japanese manga, was a major point of interest for American comic fans.

A second panel chaired by Taiwanese publisher Huang Chien-ho (黃健和) discussed the recent retrospective exhibition held by the esteemed National Palace Museum to honor the passing of Chen, and how his career provides insights on the development of Taiwanese comics in the 1980s and 1990s.

The Taiwan Pavilion was made possible with support from the Taipei Cultural Center in New York and the Taipei-based Chinese Animation and Comic Publishers Association.