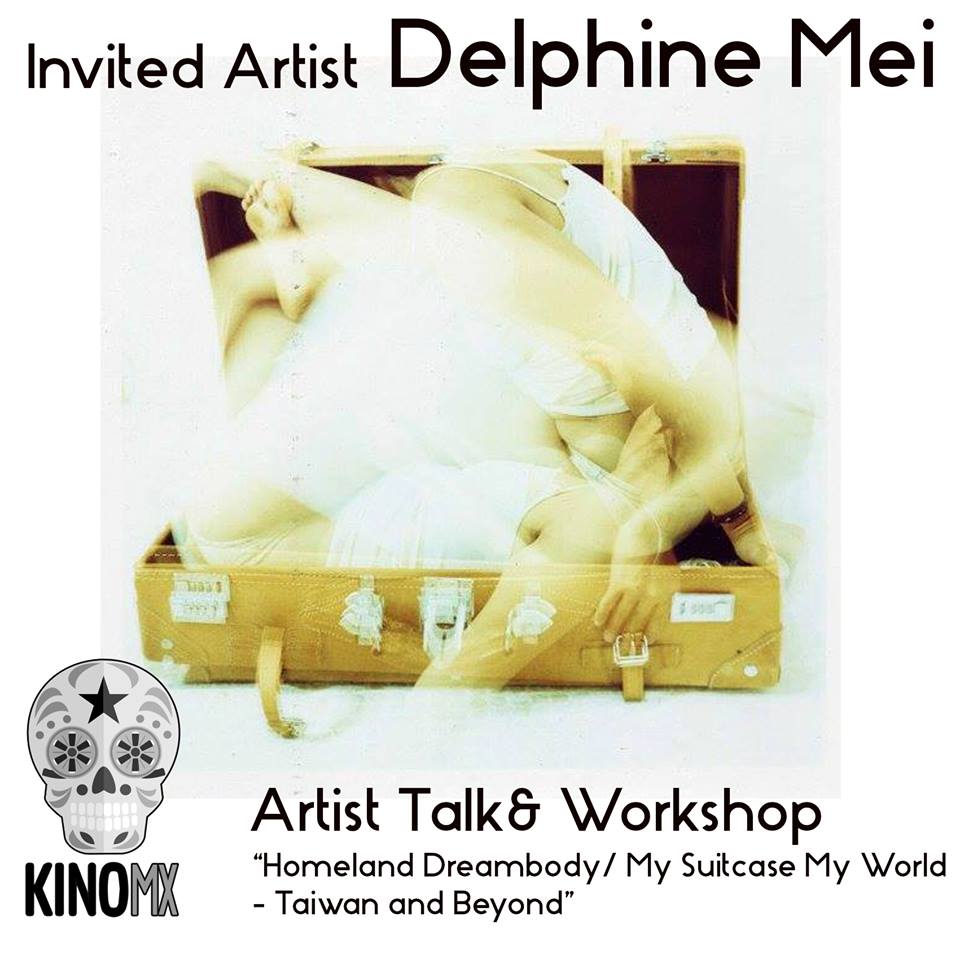 Mei is a multi-talented performing artist and a practitioner of mind-body shamanistic energy who studied art history and interdisciplinary arts at the University of Illinois Urbana-Champaign, and took up physical theater at Helsinki. She has since been selected for art residencies in Amsterdam, Paris, Singapore, and Vienna.

Many of her works touch upon contemporary shifting identities in gender, culture, and politics, and how such shifts take place on an individual or collective level. It is part of Mei's attempt to string together the ancient, contemporary, present, and future and provide a fresh perspective on how the future might evolve.

Her workshop at Kino Mexico began with a discussion of the performing arts environment in Taiwan, from the conventions in training to the channels for overseas participation and international exposure. Mei also guided participants from Austria, Chile, Germany, and Mexico through a physical workshop focusing on the shamanic energies that transcend the physical universe.

Kino Mexico has its roots in the Kino filmmaking movement that originated in Montreal, Canada in 1999. The global movement advocates the production of short films on little to no budget, and Mei was able to also participate as an actor in the programs of fellow participants from Argentina, Austria, Germany, and the United States.

The short films resulting from the half-month-long Kino Mexico experimental arts festival were then shown as part of the closing ceremony on Nov. 9. This year's film productions took inspiration from Dia de Muertos, or Day of the Dead, a long-standing holiday closely entwined with Mexican heritage.