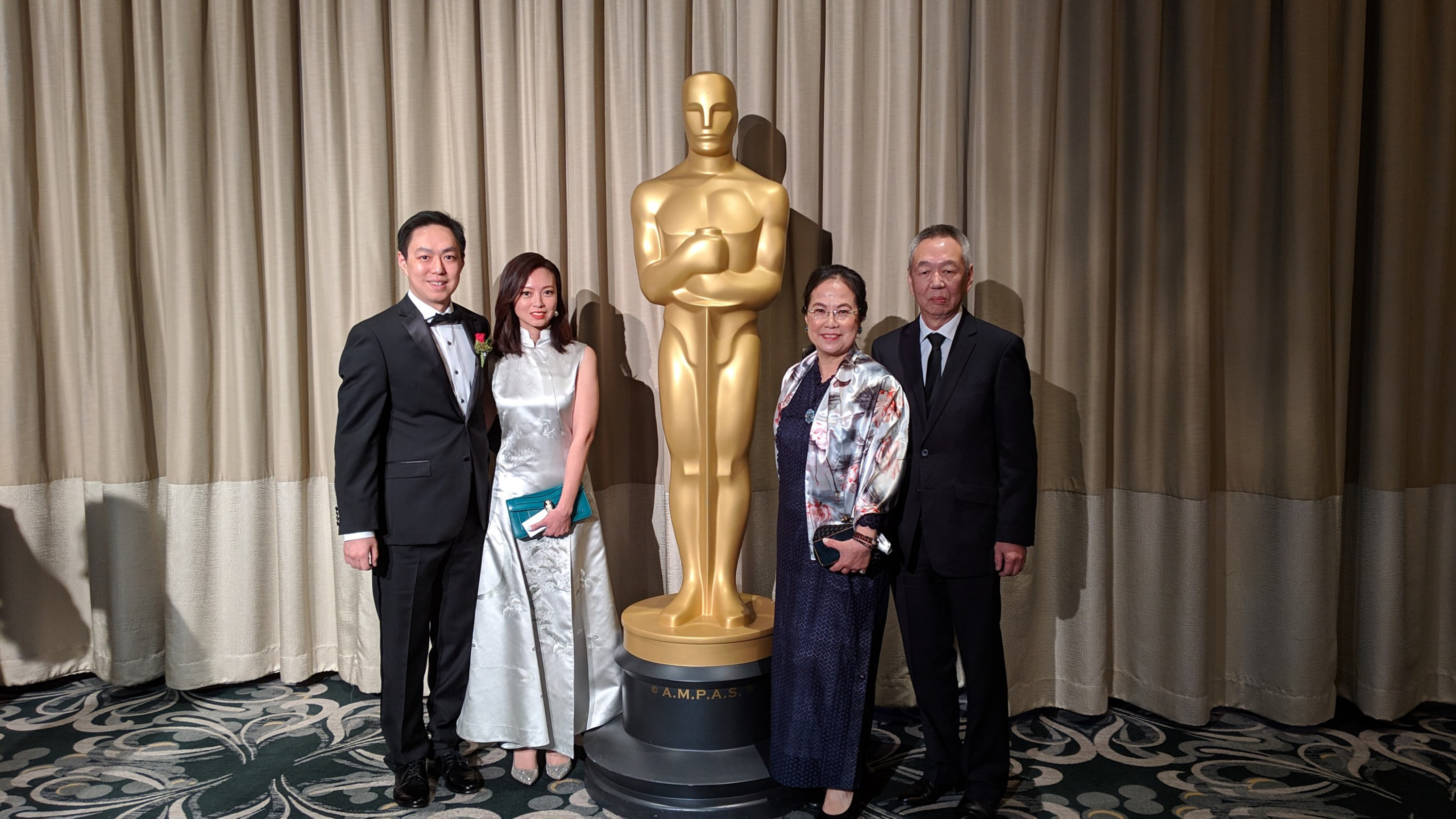 Taiwan software engineer Ma Wan-chun (馬萬鈞) was part of a University of Southern California (USC) team that was acknowledged by the Academy Awards this year for revolutionizing facial digitization technology in cinema.

Ma, who now works for Google, was jointly cited for a Technical Achievement Award with Paul Debevec and Timothy Hawkins for their invention of the Polarized Spherical Gradient Illumination facial appearance capture method. Their certificate was formally presented at the Academy's Scientific and Technical Awards ceremony held on Feb. 9 at the Beverly Wilshire Hotel in Los Angeles.

Bestowed annually for accomplishments that contribute to the progress of the motion picture industry, the Sci-Tech Achievement Awards noted that the Polarized Spherical Gradient Illumination was "a breakthrough in facial capture technology" that allowed for "shape and reflectance capture of an actor's face with sub-millimeter detail."

Developed by Ma, Debevec, and Hawkins, the Polarized Spherical Gradient Illumination method utilizes the dome-like Light Stage X, in which the subject within is illuminated by some 300 LED lightbulbs that help cameras capture movement and expression from different angles.

The footage is subsequently converted into 3D models that accurately portray the geometry, pore texture, and light properties of a human face. Visual effects artists can then use that model to create characters that look like anything, from fantastical characters to realistic recreations.

After making its debut in 2009's "Avatar," the facial-scanning technology became widely used in the motion pictures industry, contributing to the visual effects of over 40 blockbusters including "Maleficent" in 2014, "Furious 7" in 2015, and "Blade Runner 2049" in 2017.

Ma, who graduated from National Taiwan University's Department of Computer Science in 2008 with a doctoral degree, is now working to apply the illumination capture method to the fields of augmented and virtual reality.