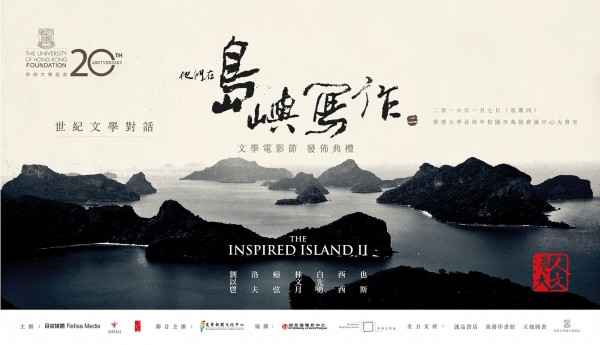 A literary event announcing the Hong Kong premiere of a Taiwan-made documentary series on eminent contemporary authors will take place at the University of Hong Kong on Jan. 7.

"The Inspired Island II,” the second series in a documentary program supported by the Ministry of Culture, will introduce the life and literary contributions of seven celebrated writers of the Chinese-speaking world.

The exception, Yesi (也斯), passed away in 2013. He was one of Hong Kong's most influential cultural figures who helped to revive Hong Kong literature as an editor, columnist, and literary writer.

The event will be hosted by former Culture Minister Lung Ying-tai (龍應台), a noted social critic and writer who completed her seminal "Big River, Big Sea — Untold Stories of 1949 (大江大海一九四九)” during tenure as the Hung Leung Hao Ling Distinguished Fellow in Humanities at the University of Hong Kong.

*** Please note that registration is no longer available for this event as all the seats have been filled. A link to a live video stream of the event will be provided shortly.