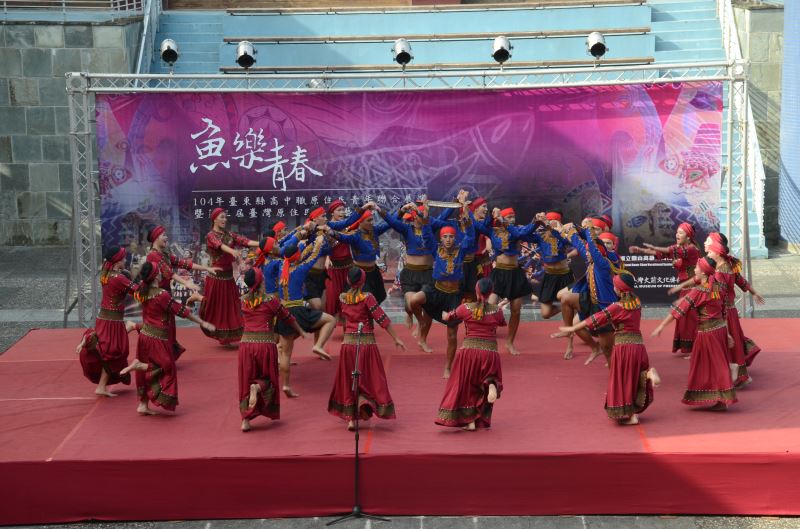 To mark Indigenous Peoples' Day on Aug. 1, the Taitung-based National Museum of Prehistory has launched a series of activities celebrating the spirit of indigenous youths amidst the ongoing harvest festivals organized by several tribes in eastern Taiwan.

Among the museum's planned activities is the 7th Taiwan Indigenous Youth Arts Festival, which is being held alongside an exhibition on artistic works produced by high school students from indigenous arts classes in Taitung. The creations include musical pieces and dances in addition to crafts and artworks.

The exhibition, which will run through Oct. 13, will also be accompanied by forums led by contemporary weavers of shell ginger to promote indigenous arts and explore the perspectives and creativity of different aboriginal generations.

Over the past years, the annual festival has provided young indigenous artists with many opportunities to showcase their talents, and the exposure has even jump-started several careers. For instance, a previously featured dancer from the Puyuma tribe was employed later by the Taiwan Indigenous Television.

Another participant from the Tao tribe was also recruited to teach traditional indigenous dance at her alma mater — National Guan-Shan Vocational Senior High School of Taitung — and coached the school's troupe to finally retake first place in the group category of the National Dancing Competition for Students in 2019, seven years after its last win.

In 2004, the National Museum of Prehistory began helping Taiwan's indigenous tribes promote their traditional dances based on the cooperative model of "tribes as the star, museum as their stage." So far, under its assistance, the Puyuma, Rukai, Amis, Bunun, and Paiwan tribes have formed a total of eight performance troupes.

Sangpuy (桑布伊) and Giljegiljavgiljegiljav (杜正勇), both winners of the Golden Melody Awards, used to be troupe members respectively representing the Puyuma and Rukai. Their achievements have inspired many indigenous youths to join the performing arts sector or return home to serve their tribespeople.

The museum will invite its long-running tribal partners to perform in Taitung from Aug. 16 through 18. Visitors of indigenous heritage will also receive free admission to the museum from Aug. 1 to 4.