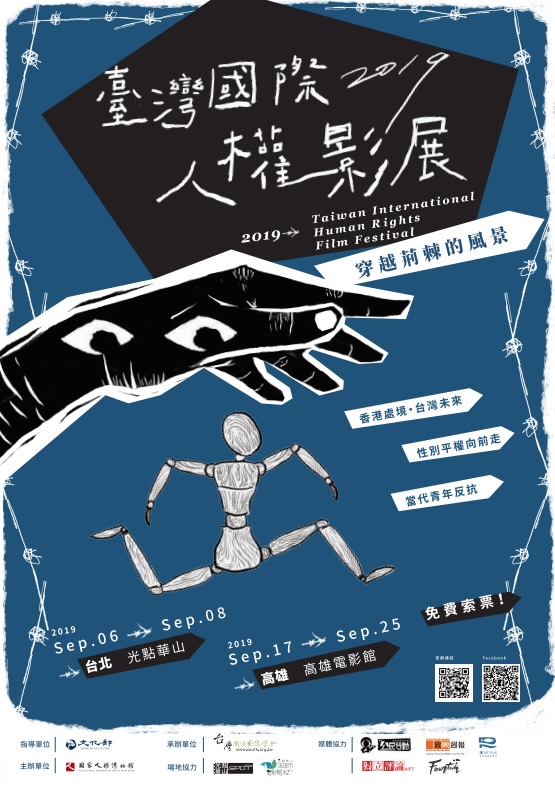 2019 marks seventy years since martial law was declared in Taiwan, in which civil liberties including freedom of speech were suspended for thirty-eight years. This somber milestone will be commemorated by the 11 equality- and democracy-themed films that will be screened by the Taiwan International Human Rights Film Festival in Taipei and Kaohsiung this September.

To be delivered under the three themes of "Hong Kong Today, Taiwan Tomorrow," "Destination: Gender Equality," and "Contemporary Youth Civil Movements," the films will be integrated with post-screening discussions and workshops to explore human rights from the perspectives of political victims, refugees, immigrants, and advocates of digital rights.

Taking place from Sept. 6 through 8 at the Huashan 1914 Creative Park in Taipei, then from Sept. 17 through 25 at the Kaohsiung Film Archive, the 2019 edition of the Taiwan International Human Rights Film Festival will open with "Umbrella Diaries: The First Umbrella (傘上：遍地開花)" a James Leong (梁思眾) documentary that charts Hong Kong's 2014 Occupy Movement and the blossoming of civic activism.

"That's The Way I Am" | Myanmar | Khin Thethtar Latt