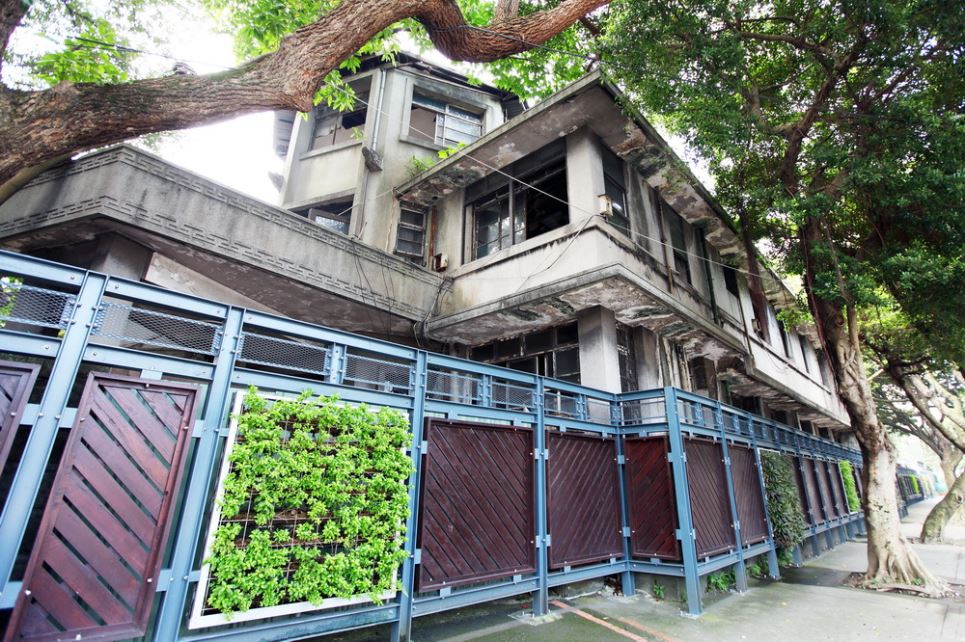 Witness to the history of US-Taiwan cooperation

Built in 1953, Datong House was planned out by then-chair of the Council for United States Aid (and later Republic of China president) Yen Chia-kan (嚴家淦) to help ongoing efforts in securing American aid during the post-war period. It was jointly built by the Bank of Taiwan and the diplomatic section of the ROC Joint Logistics Command, and was put at the disposal of visiting consultant groups from the US aid program.

In 1975, it was then converted to a guest house for Yen during his presidency, providing him with an office space adjacent to his official residence. The building's role in the joint efforts of the US and the ROC in developing Taiwan's economic infrastructure give it particular historical significance.

Datong House is a V-shaped structure built in Western style, with its entrance at the intersection of the left and right wings. Inside, the octagonal lobby has a ceiling painted with Northern Chinese imagery, with a traditional central caisson as its most defining feature. While the materials and exterior of the building are not particularly outstanding, they are a reflection of the economic stagnation and material shortages that Taiwan suffered from during the 1950s.

The tennis court, constructed in the early 1900s, was surfaced with crushed brick, most of which remains in place. The buildings on the site also represent architectural styles of different eras, the Western style of Datong House complementing the Japanese gardens of the official dormitory. As a result, in addition to their historical significance, they also present a window onto the changes in architecture and construction methods over the decades.

Yen, whose brainchild Datong House was, held a number of important positions in the government of the Republic of China, including chairperson of the Taiwan Provincial Government, premier, vice president, and president. He played an invaluable role in many major decisions at the national level at a sensitive time, when Taiwan was rebuilding in the wake of war and international relations were facing serious challenges. As such, Datong House, along with the former residence of President Yen and the neighboring Freedom House, both hold a significant symbolic place in the history of the nation.