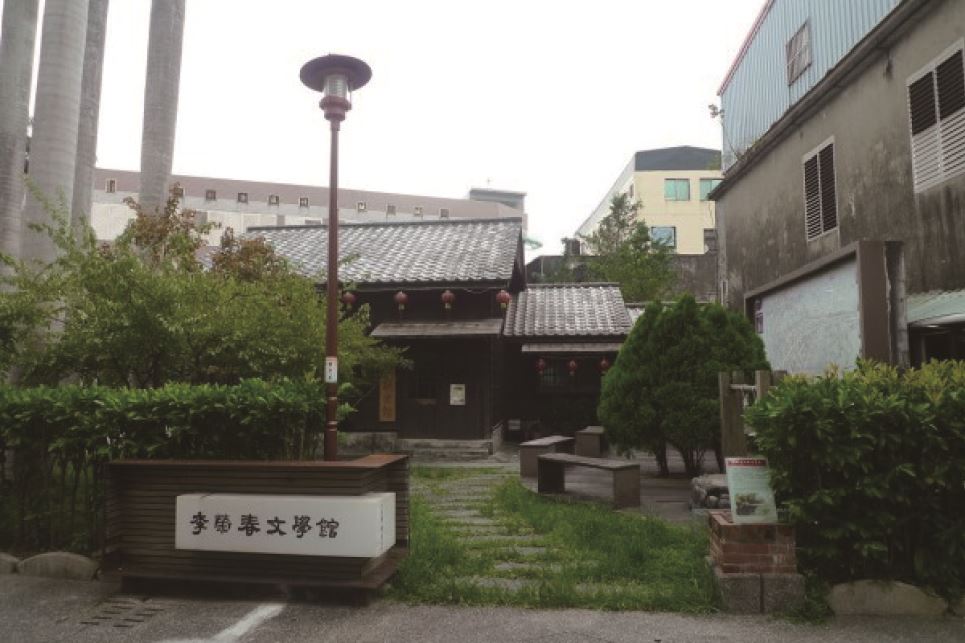 The Lee Rong-chun Literary Museum was established to recognize the late writer Lee Rong-chun's significance in Taiwan literature. Offering glimpses into Lee's life and creations through his manuscripts, published works, and images, the museum serves as an important cultural landmark in Lee's hometown of Toucheng Township in Yilan County.

Born in 1914, Lee was a writer who had led a low-profile life in the post-war era of Taiwan. Given the title "Martyr of Taiwan Literature, Lonely Man of Lanyang's Literary Scene,” Lee dedicated his life to writing since returning to Taiwan from working in China in 1946.

Writing mostly novels throughout his life, Lee's works embody rich autobiographical elements as well as love for his hometown. His novels - which documented Taiwanese life and social development in Yilan from the Japanese colonial era to post-war Taiwan - have become important materials for historical studies today.

Having written nearly 3000,000 words throughout his life, most of Lee's works were only discovered by his family after his death in 1994. In addition to some short stories about Toucheng, Lee's lesser-known writings were organized and published posthumously, including "Homeland and Comrade (祖國與同胞),” "The Man Who Returns Home (海角歸人),” "Dreams in a Western-Style Building (洋樓芳夢),” "80 Years Old (八十大壽),” "In Memory of Mother (懷母),” "Father Wei (魏神父),” and "Nostalgia (鄉愁).”

Once the principal's dormitory of Tou Cheng Elementary School, the museum is a Japanese-style building that has been registered by Yilan County Government as a historic building. It was originally used as the Toucheng Township History Hall by the Cultural Affairs Bureau of Yilan County to preserve the history and culture of Toucheng.

In 2009, the venue was transformed into the Lee Rung-chun Museum. With assistance from scholars and Lee's nephew Lee Jing-ming (李鏡明), the museum became the first venue of its kind to combine historic architecture and literature in Yilan.

The establishment of the museum infuses the eastern town with cultural ambience, offering guidance for visitors to learn about the history, literature, and culture of Yilan through Lee's life and writings.