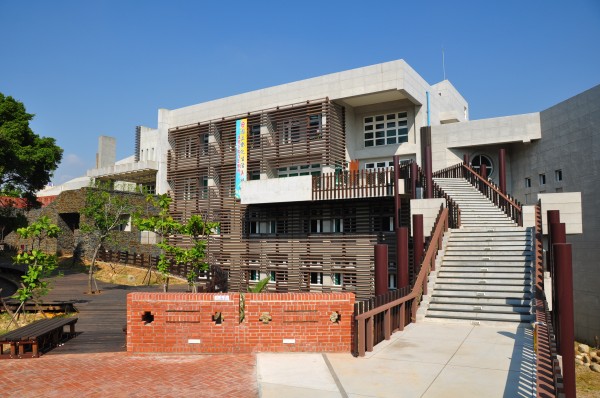 The four Living Arts Centers in Hsinchu, Changhua, Tainan, and Taitung operated by the Taichung-based National Taiwan Museum of Fine Arts were established to promote the public's appreciation of arts and culture.

"Life aesthetics" are defined as "a way of life" and "a display of one's taste," and such "Living Arts" centers were named for their help in introducing art into the daily lives of the community.

The centers have multiple functions, including serving as venues for art exhibitions and performances, designing and implementing education programs, organizing lectures on arts and culture, and planning the aesthetics development of local communities. They also help train and manage volunteers who assist in cultural affairs.

Out of the four Centers, the National Hsinchu Living Arts Center is responsible for the largest region, with a total of nine counties in northern Taiwan under its wings. Despite the daunting size of its jurisdiction, the Center holds numerous events and exhibitions for people of all ages to enjoy. For example, "Dreaming of Diamonds in the Rough" is an event that provides a stage for local artists to sell and promote their works, which in turn adds to their exposure and expansion opportunities.

The National Changhua Living Arts Center is dedicated to cultivating and promoting cultural affairs among the local communities of the four central Taiwanese counties. As a testament to the Center's success, more than 2,000 volunteers have joined throughout the years. Since its re-establishment on Bagua Mountain in 2008, the Center has become a popular spot for locals and visitors alike, who enjoy its outreach work and exhibitions.

Responsible for the cultural affairs among the local communities of the seven counties of southern Taiwan, the National Tainan Living Arts Center offers an astounding variety of intricate exhibitions and performances. Conveniently located in a major city center, it is a popular venue among the locals and supports many local programs. For example, in an elementary school in suburban Tainan, children and teachers can admire an art work painted by a well-known local artist. The placement of the art piece was enabled by a program supported by the Center and titled "Visual Art in the Countryside," which arranges for artworks to be placed in schools or communities in rural areas.

Uncovering local talent is a major objective of the National Taitung Living Arts Center, which was established to promote cultural affairs among the local communities of eastern Taiwan. Each weekend, residents and visitors gather at the stage of Taitung's "Cultural Broadway" to enjoy live performances by local performing artists. Hosted by the Center, the Broadway program is still going strong after over 350 wondrous nights of performances in three years, providing opportunities for local residents and performers to interact.