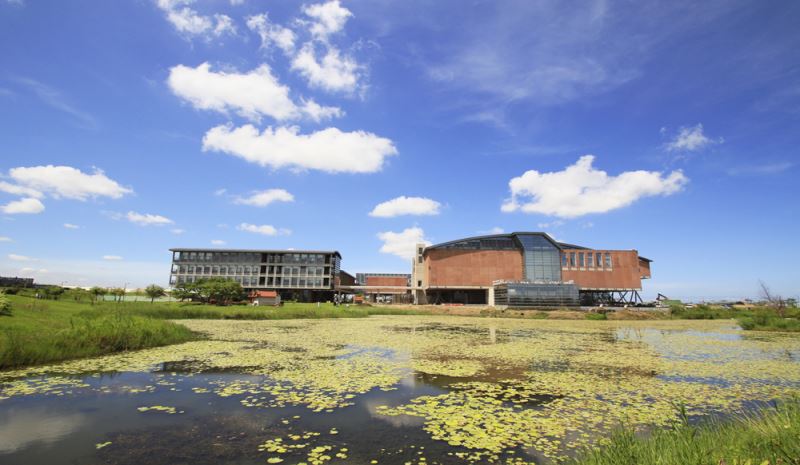 The National Museum of Taiwan History (NMTH) is dedicated to preserving and researching all historical aspects of Taiwan. Its extensive collection includes artifacts, relics, and documents that present the diversity of Taiwan's indigenous peoples, cultures, and lifestyles.

Situated in the southern city of Tainan, the Museum was established to secure, preserve, and study artifacts from Taiwanese history. It is also one of the leading research centers dedicated to documenting the nation's provincial past.

The Museum stands upon land once known as the Taijiang Inland Sea, an area rich in the oceanic history of this island nation, and thus it often explores the intimate relationship between Taiwan and its surrounding oceans through special periodic exhibitions.

The origin of the institution can be traced back to 1992, when people called for the establishment of a museum that would showcase provincial history. The location was chosen to be Tainan City's Annan District, an estuary which served as an important foreign trading hub until the river silted up in the 18th century.

After 12 years of preparation, the NMTH opened to the public on Oct. 29, 2011. The 20-hectare facility includes a 10-hectare nature reserve and buildings created with Han Chinese red bricks and aboriginal architectural designs to reflect Taiwan's diverse cultural legacy.

Particularly noteworthy are the NMTH's collections of historic maps, charts, and documents, which were obtained from foreign collectors and provide an array of different perspectives on Taiwan's history.