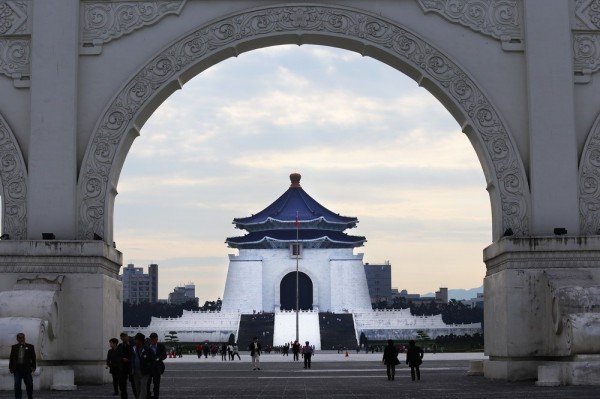 The Chiang Kai-shek Memorial Hall encompasses a 25-hectare commemorative plaza situated within the administration region of Taipei City. It contains many elements evocative of Chinese palatial design, including an elaborate central marble stairway in a style previously reserved for imperial use only. The buildings and spaces around it are popular tourist and leisure destinations as well.

Comprising the 76-meter-tall Memorial Hall building, the National Theater, the National Concert Hall, and several gardens and pavilions, the CKS Memorial Hall first opened to the public on April 5, 1980, and has since been designated a national historic monument.

Under Yang's artistic supervision, the Memorial Hall was fashioned utilizing somber white and elegant blue materials and surrounded with a garden bed of red flowers to echo the three colors displayed by the flag of the Republic of China.

The Chinese-style monument also includes an 89-step marble stairway and an octagonal roof whose composition evinces the Chinese character for "human" — a tribute to the concept of "the unity of mankind with the heavens.”

Today, the CKS Memorial Hall serves as an important public space for the performing arts, exhibitions and civic gatherings, while the 1,524-seat National Theater and the 2,066-seat National Concert Hall play host to both artistic and diplomatic dignitaries from around the world.

The "Transitional Justice & Transformation of the CKS Memorial Hall" project has also been initiated in 2017 to facilitate public reflection and cohere social consensus through the provision of open information and a variety of discussion channels. More information can be found here and here.