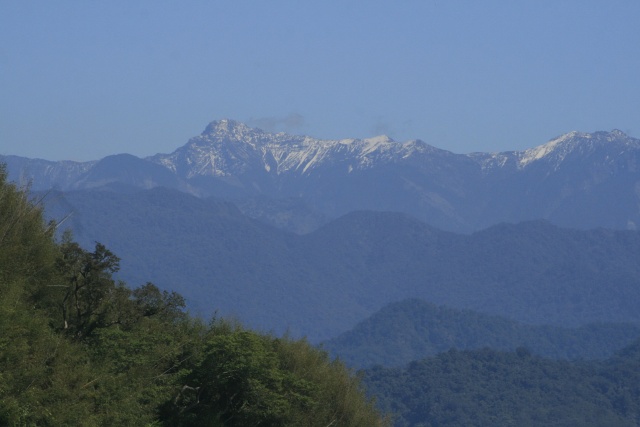 Established in 1985, the Yushan National Park is a subtropical mountainous national park in central Taiwan. Named after the summit Yushan, also known as Jade Mountain, the park covers a vast area of 105,490 hectares across the four counties of Nantou, Chiayi, Kaohsiung and Hualien.

The high altitude of the park causes dramatic climatic changes and allows for a variety of vegetation, from broadleaf forest at lower altitudes to mixed forest, coniferous forest and bamboo, to thrive. And waist-high arrow bamboo, clumps of conifers, and bare rocky outcrops can be seen at the highest elevations.

These characteristics are similar to those of the Kinabalu National Park in Malaysia, which was listed as a World Heritage Site by UNESCO in 2000.

With these unique features, the Yushan National Park has been listed by the Ministry of Culture as one of the 18 potential World Heritage Sites in the country.

The Yushan National Park is home to a large variety of birds, mammals, reptiles, amphibians and butterflies, as well as 13 snake species and four lizard species.

Larger mammals such as black bear, sambar deer, Taiwan macaque, and serow (a type of goat antelope) can sometimes be seen at the park.

Meanwhile, the park contains precious ecological resources including 17 types of gymnosperm, 984 types of angiosperm, 238 types of pteridophyte and 177 types of bryophyte. Together, they represent the Taiwan high mountain forest ecological system.

Flowers there include azaleas, which abound in the spring, and a wide variety of colorful alpine blossoms.