‘I Tasted Love in a Bitter Bite’ 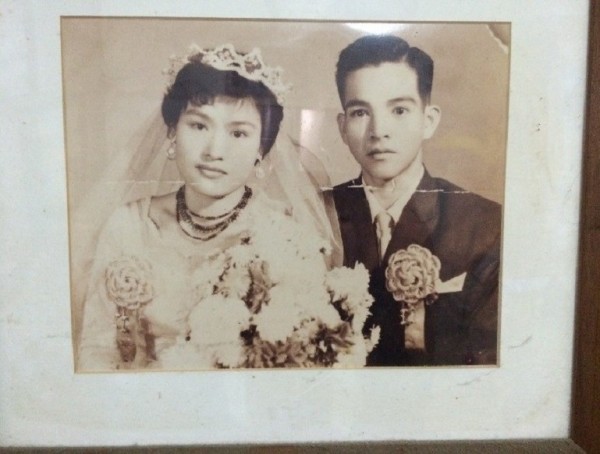 ‘I Tasted Love in a Bitter Bite'

I was born in Hualien with a lovely aboriginal given name, Imi Yudaw, which means always to remember the fighting spirit of our ancestors and to hand that spirit down. At the same time, my parents gave me a Han Chinese name, Hu Ching-hsiang.

With the blood of the indigenous Truku Tribe running in my body, I have deep facial features that the aboriginal people are proud of, a sweet singing voice, and a cheerful personality. I have loved to read since childhood and rummaged almost all the books in the school library because I always ran there after classes.

Starting from elementary school my grades were always at the top of the class and I was always person of the year in school! My father passed away suddenly when I was 10 years old and our home lost its major economic source and income. My mother had to plant sweet potatoes and endured all kinds of hardships to raise me and my younger brother. Therefore, I deeply understand the impermanence of this world in contrast to God's eternal love and care for me, and faith has become the core of my strength.

After graduating from junior high school with honors, I successfully entered Hualien Girls' Senior High School, my first choice, which was an incrediblely big event in our community at that time. In that year, there were only two aboriginal students in Hualien Girls' Senior High School and I naturally became the focus of attention in school. When I was still in senior high school, a pastor had made the suggestion that I should attend a theological seminary after graduation. That not only followed my interests and beliefs, the seminary would waiver tuition and fees to ease the financial burden on my mother.

I successfully entered the church to serve as a missionary after graduating from theological seminary and followed the foreign-born priest to preach in remote aboriginal tribes by working as a translator. The substantial income immediately improved our family life. At that time my monthly salary was NT$580, which was NT$100 more than the foreign priest's income, and a deciliter of rice was sold at NT$30. Our family was too poor before to be able to buy rice and we could only eat sweet potatoes that we planted ourselves. Since I started to work in the church, my family was finally able to eat white rice instead of sweet potatoes.

Moreover, on the recommendation of the pastor, I successfully applied for a full scholarship to a theological seminary in the United States for further studies. It was an unprecedented opportunity for a young girl in such a remote region as Hualien more than 50 years ago. While I felt happy about God's will and the imminent new stage of life, I did not expect that great changes of my life would take place at that time.

Mother Forced Me to Give up My Dreams

My mother was also a devoted Christian and she has served in Chongde True Jesus Church in Hualien for many years. She became acquainted with Mr. Wu Chin-cheng, who is now my husband, in the church. The saying that the more a mother-in-law sees her future son-in-law the more she likes him came true in my case. My mother thought Wu would definitely be a good husband because he has a good character, is motivated, and is a devoted Christian. But my only thought then was to pursue further studies abroad, and I decided to fight against my mother because I was not yet willing to get married and have children.

However, my mother threatened to kill herself after failing to persuade me to change my mind by trying every possible way of intimidation and bribery. One day in the morning she took two ropes into my room for a showdown, saying "If you do not marry him, let's commit suicide together by hanging!”

I was wondering how could I end such a beautiful life just like that because I was still young and had a lot of ambitions and enthusiasm. I became too scared and could do nothing but surrender! For three days before my marriage, I had not looked at him in the eye, let alone give him a chance to look me in the face. On the fourth day, he suddenly stretched out his hand to touch me and I bit his arm with all my strength, hoping that he would give up on me so that I could go abroad to fulfill my dream…

I Tasted Love in a Bitter Bite

Upon seeing him fight back pain and remain silent with his arm bleeding and the tears streaming down, I did not know what to do. Then I asked him, "Are you alright?” I did not expect him to reply in a very gentle tone to say "If this makes you feel a little better, I can let you bite my left arm…” and then stretched out his left arm.

Suddenly my heart was melting and I remembered the words of Gospel of Matthew — "whoever smite you on your right cheek, turn to him the other also.” It was at that point that I realized that this man in front of me would be my mate for life. We have almost never quarreled with each other since getting married 50 years ago. He is not only good-natured, loving, and caring for our family, but also extremely patient with me. I really appreciate my mother's insistence at that time on helping me select a good husband!

Although I was forced to give up the dream of studying abroad, I still have not forgotten the homework the Lord gave me. In addition to taking care of my husband and four daughters, I have been working at the Mennonite Christian Hospital in Hualien as an assistant nurse, transforming the missionary work of the church into a more concrete course of action to care for people and compatriots in rural areas.

My past experiences in the Bible College and the church have given me the best expertise and strength to help patients, and to lead them in prayer and blessings. Watching patients who were suffering physical or mental pains leave the hospital in good health has become the happiest moments of my life.