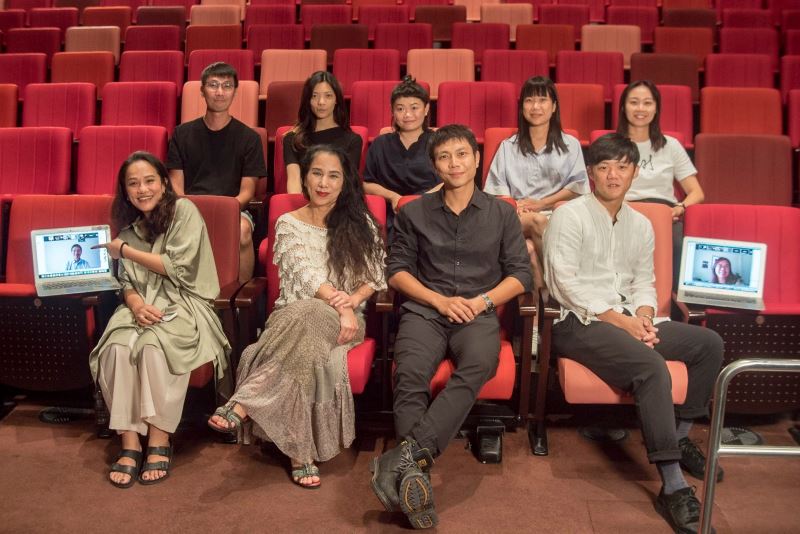 "Taiwan Season," a stimulating virtual program highlighting the richness of Taiwan's performing arts, became the winner of the Infallibles Award for the category of "National Presence" at the Edinburgh Festival Fringe, the award founder Stefania Bochicchio announced at a livestreamed forum on Aug. 28.

The accolade has been presented at the Edinburgh Fringe Festival since 2016 to recognize excellence and creativity. This year, Bochicchio said, the award jury decided unanimously to establish a new category "National Presence" to celebrate the most artistically intelligent approach to lockdown restrictions.

Anchored by the Taiwanese curator Yeh Jih-wen (葉紀紋), "Taiwan Season 2020 Online Symposium: Connecting with Taiwan" offered an insight into Taiwan's performing arts industry through a series of in-depth conversations from Aug. 4 to 28, with artist interviews centering on four tour-ready productions during the Edinburgh Festival Fringe, which went virtual this year due to the coronavirus.

In addition, the month-long program included eight forums focused on topics spanning from disability arts, the present and future of Taiwan arts and culture venues, and the cultural and historical context for Taiwan’s indigenous dance productions.

"This award is such great news!" Amy Saunders, head of Participant Services of the Fringe Society, said while participating at the Aug. 28 event. "You've put a huge amount of effort into supporting your artists in an incredibly professional and very global way," she went on, adding that Taiwan Season team had "brought the spirit of the Fringe alive this month more than anybody else."

"On behalf of all of us at the Fringe Society, we wholeheartedly congratulate you and the team in this well-deserved accolade," Saunders concluded.

"What a way to wrap up this year's online programme in the EdinFringe style for Taiwan Season 2020!" Yeh said upon receiving the award. The United Kingdom-based curator said she believes that Taiwan Season's relationship with the Edinburgh Fringe Society has been closer and stronger than ever, thanks to regular meetings from May as part of the festival's international showcase producer group.

Reflecting on the challenge converting numerous physical events to a virtual program, Chen Pin-chuan (陳斌全), director of the Cultural Division of the Taipei Representative Office in the U.K., said this year's Taiwan Season serves as a testimony that despite the restrictions and challenges brought by the epidemic, there are still ways for artists worldwide to carry out cultural exchanges that transcend time and boundaries.