NTMoFA to hold "Vanguards of an Emerging Identity" exhibition 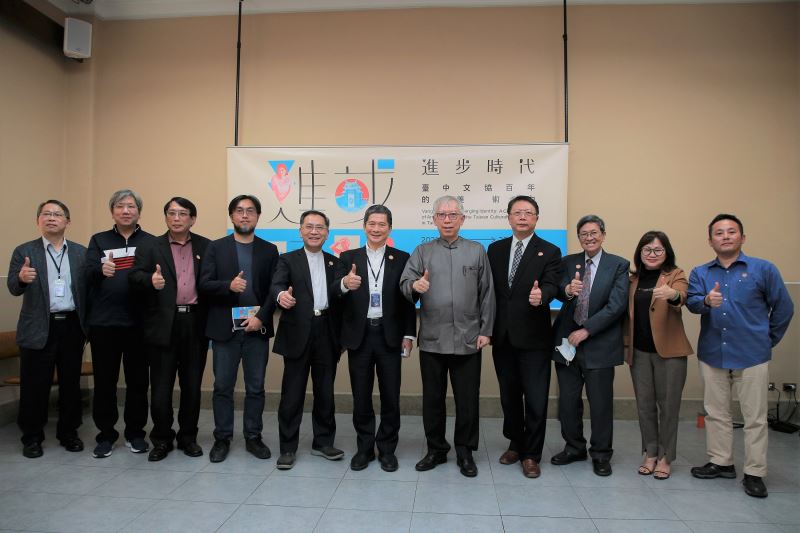 Founded by Chiang Wei-shui in 1921, the TCA not only laid the groundwork for Taiwan's century-old art, music and literary scene, but also played a role in forging Taiwan's national identity, having profoundly impacted Taiwan's cultural development.

With the aim of highlighting Taiwan's cultural identity, the exhibition will explore Taiwan's century-old fine arts movement through the cultural enlightenment inspired by the TCA's establishment as well as Taiwan's art history starting from the Japanese rule era to post-WWII years, focusing especially on the geographical relationship of Taichung.

Minister of Culture Lee Yung-te pointed out that 2021 is an important year for TCA's 100-year history. The MOC has jointly organized many events with related ministries, local governments and non-governmental organizations, with "Vanguards of an Emerging Identity" serving as the prelude, Lee said.

Through paintings, music, literature, and cinema, the exhibition will reflect, through the perspective of intelligentsia, how artists had adopted a Taiwan-centered approach to art history during the tumultuous era of strife between Japan, China and Taiwan.

The exhibition also highlights the changing face of Taiwan's cultural development during the past 100 years.

The MOC hopes that through the events commemorating the 100th anniversary of the TCA, young generation will be able to see the efforts of their forefathers in their struggle for freedom and democracy.

NTMoFA Director Liang Yung-fei pointed out the significance of 2021 in the reconstruction of Taiwan's art history. The museum has launched three major exhibitions since late last year, including "Revisiting the Classics – Special Exhibition of Existing Works of Taiten and Futen (經典再現-臺府展現存作品特展)," "Taiwanese Art Treasures Preserved Overseas – The homecoming Exhibition of the Sun Ten Collection (海外存珍-順天美術館藏品歸鄉展)," and "Vanguards of an Emerging Identity: A Century of Artistic Power at the Taiwan Cultural Association in Taichung" this year, to highlight the development of art in Taiwan from the era of Japanese rule until the present day, Liang noted.