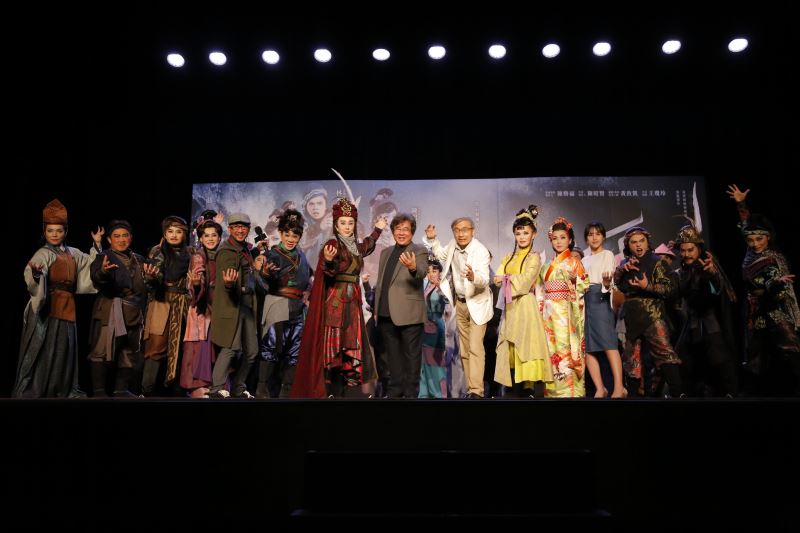 Led by Taiwanese opera diva Sun Tsui-feng (孫翠鳳), “Zheng ZhiLong, The Pirate King of Formosa” is a re-imagination of the epic maritime battles during the Age of Discovery, some 400 years ago. Sun will interpret the adventurous life of Zheng ZhiLong, who was a pirate and controversial figure in the late Ming dynasty and early Qing dynasty. Also featured in the opera are Chen Sheng-zai (陳勝在) who is a popular opera clown performer, and several new emerging performers including Chen Chao-ting(陳昭婷), Chen Zi-hao(陳子豪) and Li Yu-zhen(李郁真).

To achieve a dramatic visual effect, the troupe's stunt performers will swing down from the second and third floor of the auditorium using ropes, and show their martial-arts prowess on stage. This thrilling interplay is set to elevate Taiwan's theatre performances to a whole new level.

Chen Sheng-fu (陳勝福), director of Ming Hwa Yuan, shares that it is an honor to be invited by National Centre for Traditional Arts to perform, adding that, the troupe will surprise audience with visual effects that include real fire and battleship scenes.

Director of the opera production, Huang Chih-kai (黃致凱) mentioned that, it is rare for operas to feature Zheng as the protagonist. However, he explained that the controversial role and resilience in life of Zheng, one of the most well-known pirates in the maritime history of the world, is interesting and dramatic.

"Zheng ZhiLong, The Pirate King of Formosa" is the flagship production of the 2020-21 Taiwan Traditional Theatre Festival. The festival runs from Jan. 2 through July 11. For more information, please visit here.