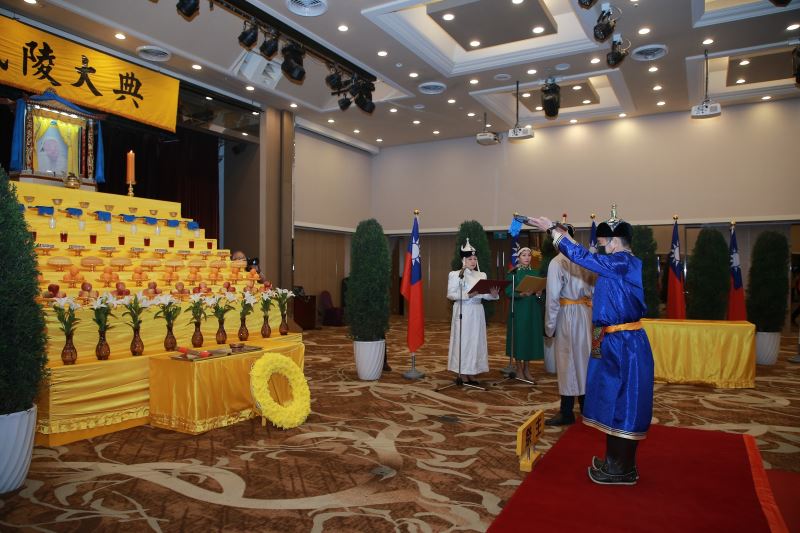 Minister of Culture Lee Yung-te for the first time presided over a Mongolian memorial ceremony in tribute to Mongol emperor Genghis Khan at the Howard Plaza Hotel Taipei on May 2. Traditionally, Mongolians held ceremony on the 21st day of the third lunar month in memory of Genghis Khan, and the tradition has been followed by Mongolians in Taiwan for 70 years.

The ceremony was held in two stages by the MOC and the Mongolian association. The Taipei Chinese Orchestra and its affiliated choir were invited to perform.

Minister of Culture Lee Yung-te stated that Mongolia’s unique natural environment forged the essence of Mongolian culture, which became intangible cultural assets passed on orally from generation to generation. Containing the legacy, history, and culture of the people, the essence of Mongolian culture can be found in religion, philosophy, language, culture, and artistic creations, lifestyle and economic activities of the Mongolian people. Together with people of other ethnicities in Taiwan, the Mongolians have contributed to the basis of Taiwan’s multiculturalism, Lee added.

The MOC hopes that that through multicultural activities such as the Mongolian ceremony, different ethnic groups in Taiwan will have the opportunity to interpret their own history, and further highlight the cultural diversity of each ethnic group.

In the future, the MOC will continue to carry out the preservation, research, and promotion of Mongolian culture and support the efforts of preserving cultural identity and heritage by Mongolians in Taiwan, so as to perpetuate Taiwan’s cultural diversity.