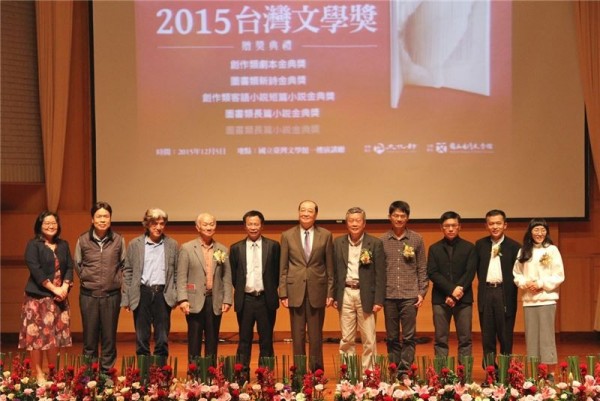 Culture Minister Hung Meng-chi (洪孟啟) noted that the Taiwan Literature Awards is the Taiwanese equivalent of the Nobel Prize in Literature. He expressed his hopes for Taiwan's literary works to be made available internationally by translation, through which writers can promote their books and enter overseas markets by attending international book fairs.

Director Chen Yi-yuan (陳益源) of the National Museum of Taiwan Literature noted that it is the museum's obligation to help the development of Taiwanese literature. He suggested that the winning works can also be promoted through stage and television drama adaptations. It takes everyone's involvement to increase the visibility of Taiwanese literature on international scene, he added.

Photos of the 2015 awards ceremony are available here.