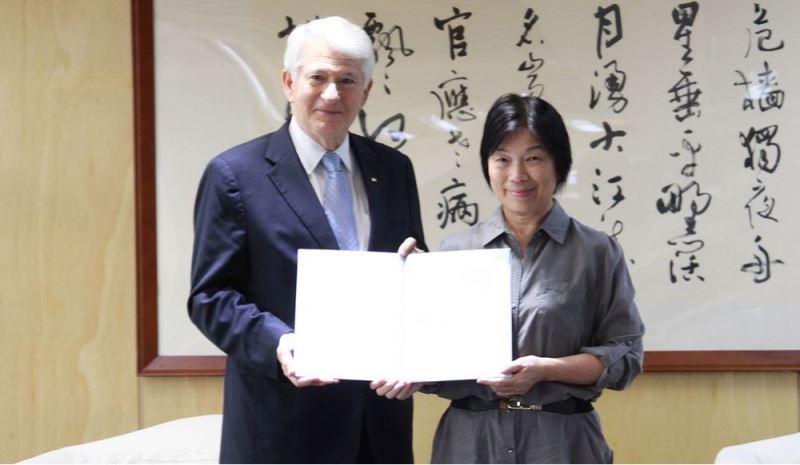 The Los Angeles branch of the University of California (UCLA) will join efforts to promote Taiwanese arts and culture by taking part in a four-year promotional project launched in late January by Taiwan's Ministry of Culture.

UCLA is the second school to sign a memorandum of understanding with the Ministry, following the University of London, Culture Minister Lung Ying-tai said at a press briefing on June 5.

'It will be a great opportunity for people around the world to know more about Taiwan,' Lung said, expressing excitement and gratitude for the partnership with the globally renowned educational institution.

UCLA Chancellor Gene Block supported Lung's view, describing the cooperative effort as a 'natural partnership,' since there are some 900 students in UCLA who come from a Taiwanese background.

'This is an opportunity to better understand Taiwanese culture,' he said, adding that his school will hold annual film and arts festivals focused on Taiwan, in which Taiwanese scholars, experts, and thinkers will be invited to give lectures or attend symposiums over the coming four years.

Under the Ministry's program, titled 'Spotlight Taiwan,' US$4 million will be provided over four years to selected universities and institutes so they can hold lectures, forums, workshops, exhibitions, and festivals on areas including Taiwanese art, literature, history, popular culture, and film.

The funds have been provided by Ruentex Group Chairman Samuel Yin. Planning to cooperate with 40 universities and institutes, the Ministry has so far found 12 universities that have expressed interest.