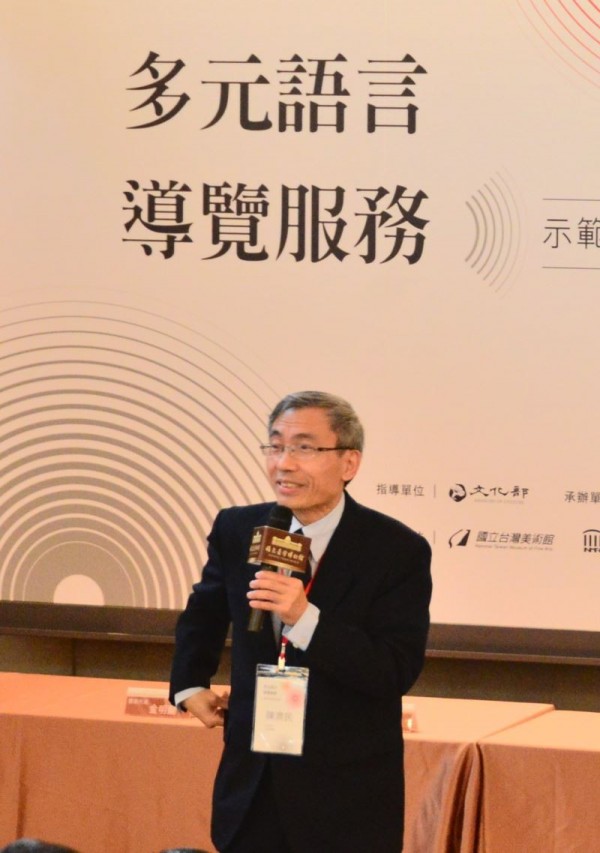 The Ministry of Culture held talks with its affiliated museums and scholars over the provision of multilingual services and the establishment of native-language-friendly public spaces at the National Taiwan Museum on Feb. 5.

Home to a wide range of ethnic groups, Taiwan is a land of diverse languages embodying rich cultures. As several native languages and cultures are facing a crisis of inheritance, the Ministry has been actively preserving and revitalizing such heritage.

Earlier this year, the Development Act of National Languages drafted by the Ministry was passed by the Executive Yuan, and is now under review by the Legislative Yuan. In addition, the Ministry has been working towards securing a friendly environment that respects cultural and linguistic diversity to safeguard equal cultural rights for all groups.

The Ministry noted that such multilingual tour services will encourage the public to explore and contemplate on the meaning of cultural diversity, and thus enhance the overall quality of public services in Taiwan. In the future, a coordinating platform will be formed through exchanges among museums to create more native-language-friendly public spaces and promote mutual respect and language learning.

Moreover, the Ministry will encourage and support the application and creation of content in native languages, which will enable the public to read and listen to their native languages in a more convenient manner.

The Ministry will also deepen the roots of the nation’s cultures and languages as well as assist the public in using and understanding native languages through holding surveys, constructing databases, improving input and writing systems, and enhancing native language education.

Multilingual services offered by the four museums such as prerecorded video tours are available on the museum’s official YouTube channels for all schools or language-teaching institutions to use as reference.

Atayal Introduction to the National Taiwan Museum of Fine Arts

Sign Language Introduction to the National Museum of Taiwan History