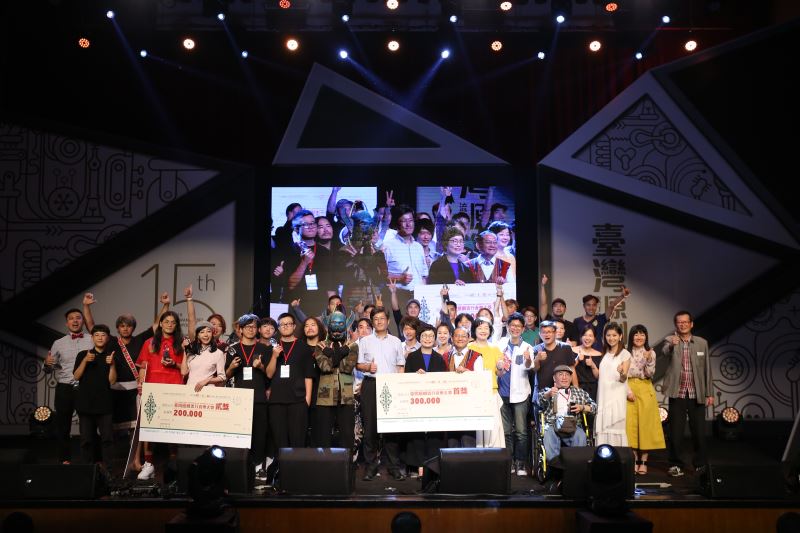 Accompanied by 30 marvelous live performances by the nominated artists, the awards ceremony of the 15th Taiwan Music Composition and Songwriting Contest took place in Taipei on Aug. 26.

Jointly organized by the Ministry of Culture, Council of Indigenous Peoples, and Hakka Affairs Council, the Taiwan Music Composition and Songwriting Contest has been held for 15th editions, contributing to the rise of many mother-tongue artists and producers.

The Bureau of Audiovisual and Music Industry Development noted that aside from receiving a cash prize of NT$300,000, this year's winners will be able to hold concert tours in Taipei, Taitung, and Kaohsiung as well.

Through the Taiwan Music Composition and Songwriting Contest and its island-wide tours, organizers hope that the passion of Taiwan's indie music will spread to more corners, continue to inspire new generations, and enrich the power of Taiwan's music culture.

The awards ceremony is available in two parts on YouTube: