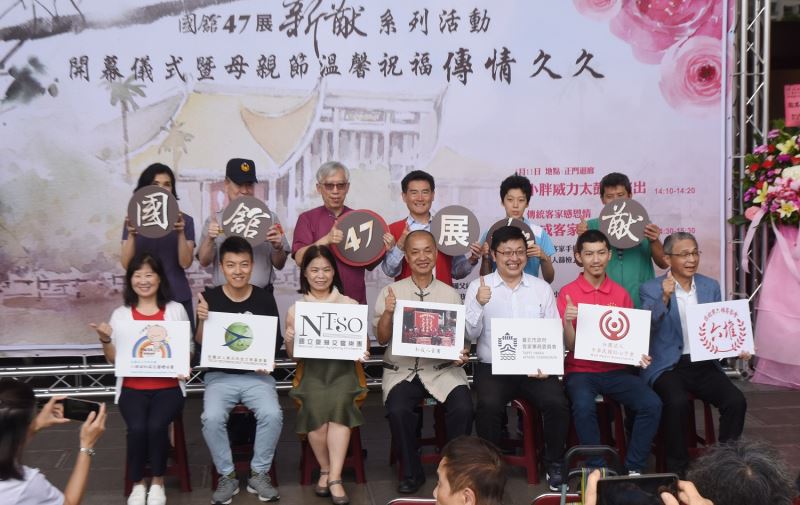 The National Dr. Sun Yat-sen Memorial Hall is hosting a series of activities beginning with Mother's Day celebrations to mark the 47th anniversary of its May 16, 1972 opening in Taipei.

The series of events began on May 11, the day before Mother's Day this year, with a drumming performance by a band of teenagers living with Prader-Willi Syndrome, as well as a Hakka Bayin musical performance by the Hecheng Hakka Bayin Musical Troupe (和成八音團).

Upcoming activities include concerts by the National Taiwan Symphony Orchestra's wind ensemble, a memorial exhibition on the hall's late architect Wang Da-hung (王大閎), and the unveiling of a grand painting by 12 Taiwanese artists.

Liang Yung-fei (梁永斐), director-general of the memorial hall, noted that the band was invited to perform at the first Mother's Day event to be hosted by the hall in 47 years. To children living with rare disorders, the love of their mothers is ever so selfless and devotional, he said, stating his hope for more events like this to bring strength and positive energy to communities and families across the nation.

Liang also recalled his days working with organizations that support the disadvantaged at Taipei Children's Amusement Park about 14 years ago. One time, the park partnered with the Taiwan Foundation for Rare Disorders (罕見疾病基金會) and Down Syndrome Foundation R.O.C. (唐氏症基金會) and hosted over 200 children and their families, with the event ending on a heartwarming note as the children hugged their misty-eyed mothers after delivering their well wishes.

The activities for the memorial hall's 47th anniversary and Mother's Day belong to the second stage of the hall's annual program for this year, following a lecture series held in March in cooperation with the Liver Disease Prevention & Treatment Research Foundation (肝病防治基金會) to strengthen public awareness of the disease. The third stage is planned for Dr. Sun Yat-sen's birthday in November.

The National Dr. Sun Yat-sen Memorial Hall has recently been recognized as a city-level heritage site by the Taipei City Government. More information on the hall's architectural design and history can be found at the upcoming Wang Da-hung memorial exhibition, which will take place on the hall's second floor from May 16 through June 9.