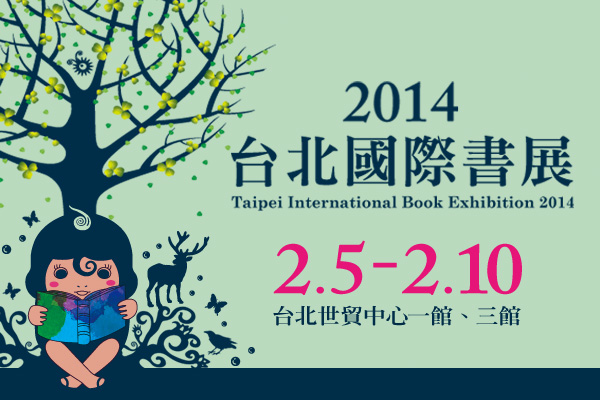 Visitors to the Taipei International Book Exhibition, one of Asia's largest books fairs, will get the opportunity to meet writers, illustrators, and artists from around the world when the fair kicks off in February.

Among the writers will be Maria Duenas, the Spanish author of the international bestseller "The Time In Between” and American author Hugh Howey, who penned the popular science fiction series "WOOL.”

On Feb. 8, Duenas will give a speech at the fair, while Howey will promote "Dust,” the final book in his series, and share his personal experiences as an independent publisher.

Duenas' debut novel has been translated into over 20 languages and has sold millions of copies, while Howey's series has also sold millions in print and digital copies.

Also to appear at the exhibition are Japanese writer Mizuki Tsujimura and Japanese novelist Ira Ishida, the latter being the creator of the urban mystery series "Ikebukuro West Gate Park.”

Ishida will greet readers and give a speech on Feb. 7. Both writers are winners of the prestigious Naoki Prize, a Japanese literary award.

Meanwhile, French author Gilles Legardinier of the romantic comedy novel "Demain J'arrete!” is also scheduled to speak at the fair on Feb. 7.

Other foreign writers and artists who are participating in the 2014 book fair include Guatemalan-American writer David Unger, Polish writer and reporter Wojciech Gorecki, and French illustrator Beatrice Vellion.

Chinese comic artist Hong Lin, Taiwanese writer Giddens Ko, and local light novelist Yu Wo will also be among the artists and writers to hold autograph-signing events at the fair.

The annual exhibition will take place from Feb. 5 to 10 at the Taipei World Trade Center (Exhibition Halls 1 and 3).

This year's theme countries are Japan, South Korea, Singapore, and Thailand. Publications from these countries will be featured at the fair while forums will be hosted to strengthen bilateral cultural and publishing ties.