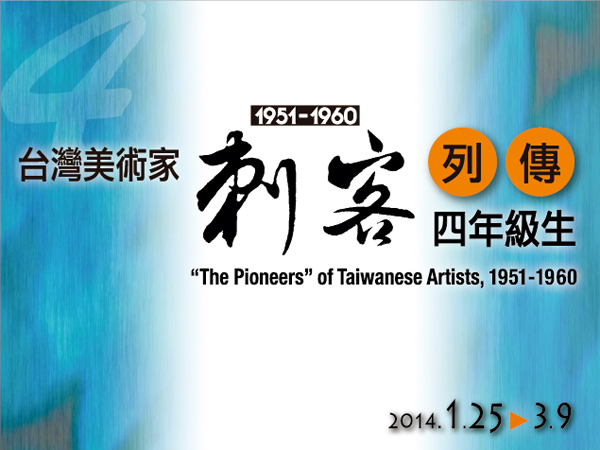 "The Pioneers of Taiwanese Artists,” a series of exhibitions organized by the National Taiwan Museum of Fine Arts (NTMOFA) in Taichung City, features the works of Taiwanese artists born in the six decades between 1931 and 1980. By categorizing them into six "grades” or classes, the exhibitions showcase the artists' unique personal styles and provide an insight into the fine arts scene in Taiwan after World War II.

These so-called "fourth-grade” artists were born during the Martial Law period in Taiwan. They entered the professional field of art-making in the 1980s, when Taiwan departed from the Martial Law period to a more liberal society. It was during this period of time that the political and economic situation of Taiwan faced the challenge to open itself to the world; the nationwide press ban was lifted, and the old system began to disintegrate.

In response to the new social conditions, the artistic expression in the 1980s experienced significant change. Overwhelmed by the revolutionary spirits shared by the whole society, the fourth-grade artists were more radical and outspoken than the previous generations.

Through art-making, they boldly expressed their views in response to contemporary ideological trends. They also reflected upon social, historical, political, environmental, and humanitarian subjects from a more critical angle. They belonged to a generation who had the courage to challenge the existing rules of art-making.

Among the 20 pioneers selected for the Taichung exhibition, some were outstanding artists who led the artistic trend of their days; some concentrated on specific styles or subjects throughout their artistic careers; and some devoted their lives to exploring aesthetic expression outside the popular trend.