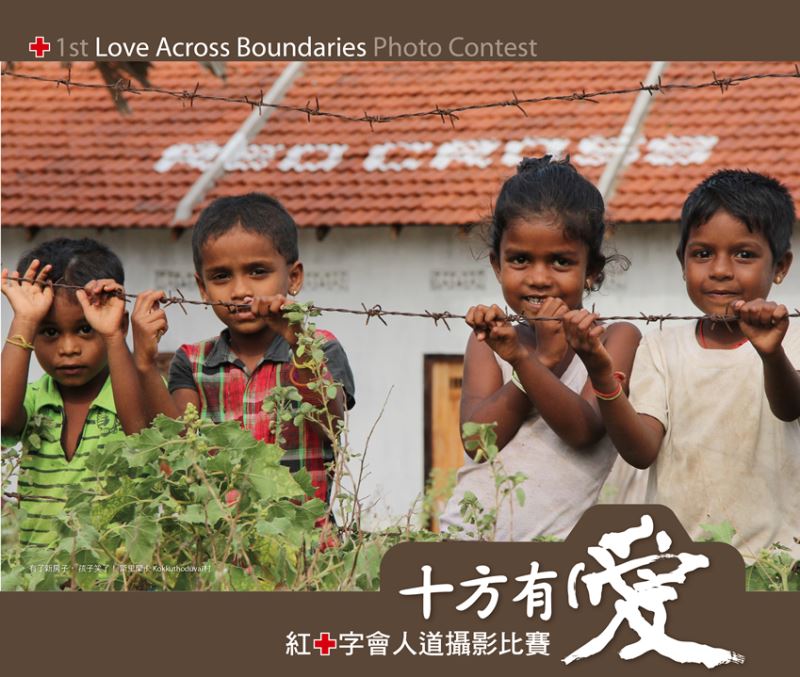 From Jan. 8 through 22, the National Dr. Sun Yat-sen Memorial Hall will be hosting a photo exhibition showcasing humanitarian efforts around the world, including several missions mounted by Taiwan.

Organized by the Red Cross Society of the Republic of China (Taiwan), the exhibition consists of 53 photographs covering both international humanitarian campaigns, such as refugee services in Uganda and Iraq, and efforts by Taiwan, such as helping typhoon victims or sending medical missions abroad.

Taiwan Red Cross Society Chairwoman Wang Ching-feng said the challenges facing the Red Cross around the world today are very different from when the group was founded 150 years ago to care for wounded soldiers.

'Today we face challenges that include natural disasters, refugees, famine, poverty, the lack of water resources in many countries and even the problem of education,' Wang said at the opening ceremony on Jan. 8.

In Taiwan, the government now has a comprehensive mechanism to respond to natural disasters, Wang said, but she noted that there was still room for improvement, such as strengthening disaster prevention capabilities at the community level.

Vice President Wu Den-yih noted that Taiwan has evolved over the past few decades from a country that accepted international humanitarian aid to one that provides such assistance.

He cited Taiwan's humanitarian efforts in countries such as Haiti, Japan, and the Philippines as an indication of the reach of the country's efforts.

After the March 11 earthquake and tsunami in Japan in 2011, Taiwan donated about 20 billion Japanese yen (US$190 million) in cash to Japan, the most of any country, he said.

The friendship helped seal a fishing agreement between Taiwan and Japan and a visit to Japan by Legislative Speaker Wang Jin-pyng, the first such visit since the Republic of China and Japan broke off diplomatic ties in the early 1970s, Wu noted.

The 53 photos now showing at the Memorial Hall were selected from over 620 submitted works. The "Love Across Boundaries” photography contest and exhibition itself is a first for the Taiwan branch of theRed Cross Society, which decided to initiate the campaign last year to mark World Humanitarian Day on Aug. 19.