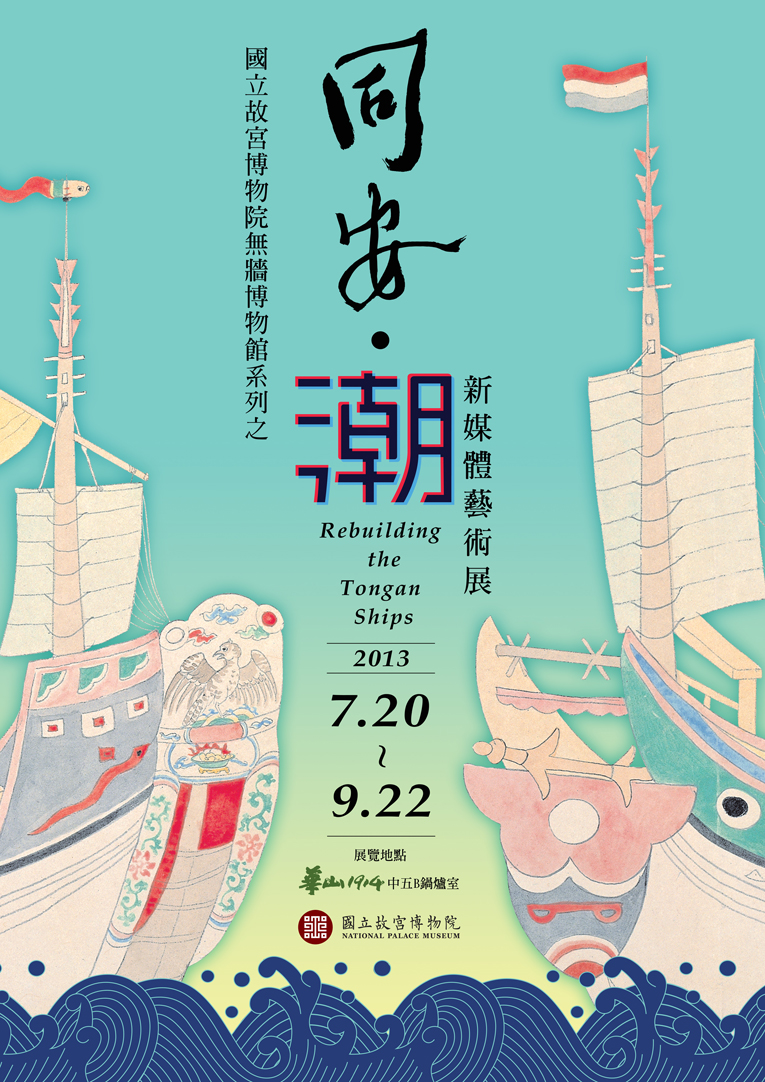 After a series of special exhibitions titled 'NPM Goes Digital,' the National Palace Museum is once again cooperating with Huashan 1914 Creative Park in presenting the 'Museum Without Walls: Rebuilding the Tongan Ships' exhibition.

With the aim of presenting the first-rate collection of Chinese art and cultural treasures to the world using the platform of technology, both ancient artifacts and new technologies come together with the splendor of new media arts within a historic architectural complex, thus showcasing the latest results in the digitization of artworks at the National Palace Museum.

Tongan ships (同安船)were originally used as merchant ships. However, because they were easy to operate, the ships gradually became warships used by the navy of the Qianlong Emperor during the Qing Dynasty. Because of the rise of pirates during the Jiaqing Emperor's rule, the Qing imperial court began using large Tongan ships as its main warships in the open sea to maintain its naval superiority.

This exhibition consists of three parts to illustrate the history, culture and military affairs of these ships. The first part presents the story behind the rise of the Tongan ships,the second part describes how the ships were restored, and the third part explains the main structures of the Tongan ship using 3D visualization technology.

'Rebuilding the Tongan Ships' will run admission-free till Sept. 22 at the Boiler Room of the Huashan 1914 Creative Park.