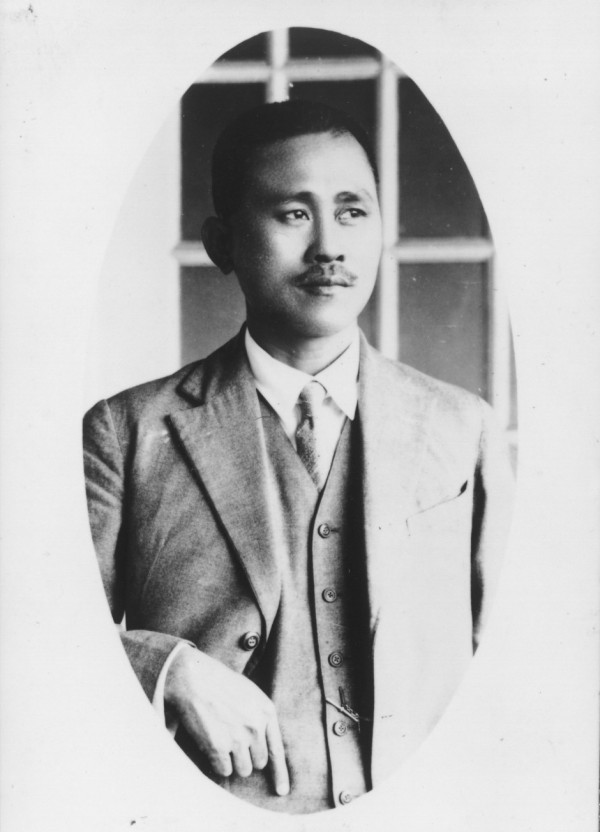 Tsai Pei-huo was a social activist, teacher, and politician who strove for Taiwanese people's autonomy during the period of Japanese rule. He helped promote freedom of association and speech, and composed more than 30 songs to advocate democracy and Taiwanese identity. He served as an important driving force behind the cultural, social, and political movements in Taiwan's colonial history.

Born in the late Qing dynasty, Tsai grew up in the turbulent times of Japanese rule. He worked as a teacher before engaging in social and political movements, and was sponsored by prominent Taichung noble Lin Hsien-tang (林獻堂) to study physics at the University of Tsukuba in Tokyo in 1915.

After finishing university in 1920, Tsai joined the Taiwan Minpao newspaper (台灣民報), the only newspaper that was reporting from the perspective of the Taiwanese people at that time. As the newspaper's editor and distributor, he helped move its place of issue from Japan to Taipei to expand its operational scale and to introduce new ideas to Taiwanese readers.

In 1923, Tsai joined the Taiwanese Cultural Association, where he helped push for the Petition Movement for the Establishment of a Taiwanese Parliament. However, he was jailed for four months for his engagement in public assembly and violation of the Peace Police Act.

During imprisonment, Tsai composed the "Song of Taiwan Autonomy (台灣自治歌),” which stated that the land of Taiwan belongs to the Taiwanese people and expressed his determination in pursuing autonomy as well as innovative thoughts for developing Taiwanese society based on democracy and education.

Despite the restriction on speech at that time, Tsai composed numerous songs, including the most-celebrated "We Taiwan (咱台灣),” "Beautiful Island (美麗島),” and the anthem of "Beautiful Taiwan Group (美台團),” which served to help the public understand Taiwan's political situation as well as celebrate the beauty of Taiwan.

Tsai was renowned for using his diplomatic finesse and eloquence to make friends with Japanese politicians. He hosted cultural activities to prompt better understanding between Japan and Taiwan, and also expressed the voices of the Taiwanese people through public speeches and songs.

Though Tsai was less active after the retrocession of Taiwan, his efforts in advocating education, political autonomy, and freedom of association had helped bring about the rise of the Taiwanese identity and ethnic consciousness. His legacy is still sung about today.