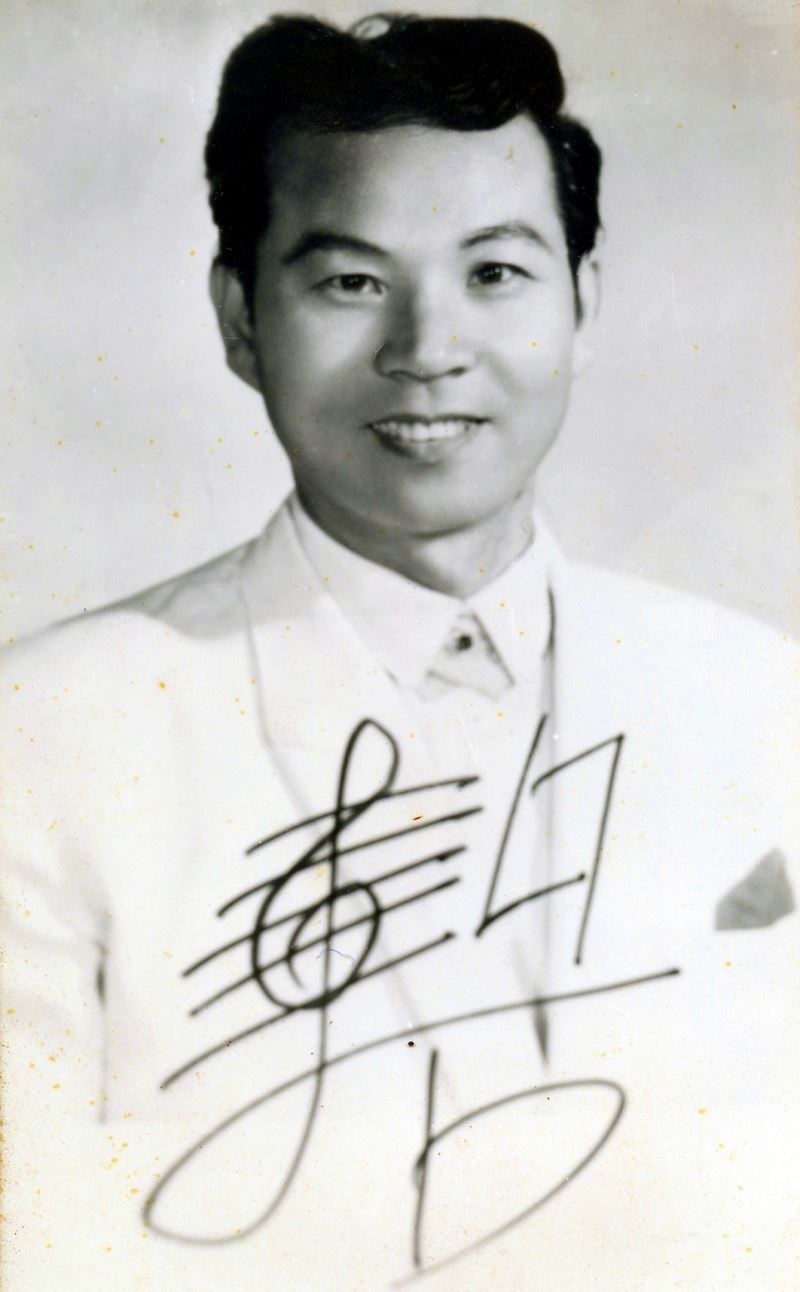 If you were to just read the information on Hsu Shih's life, you might believe him to be the son of a wealthy family who studied in Japan as a young man before returning to Taiwan to focus on making, performing, and publishing music. His life's story as told by his family and children, however, tell a different tale.

Hsu was born in Tainan in 1919 to parents who sold folk ritual supplies like joss paper and incense. In 1936, at the age of 17, he traveled by boat to Tokyo to study at the Japanese Academy of Songcraft (日本歌謠學院). Life there was difficult, with Hsu working most days delivering milk and newspapers, and then heading for Hokkaido for seasonal work during summer and winter vacations.

Returning to Taiwan in 1946, he released "Night in a Southern City (南都之夜)," which quickly became a hit and laid the foundations for Taiwanese-language pop music. Despite the song's popularity, though, Hsu still had trouble making ends meet. In 1952, he started his own record company, but a lack of awareness of copyright in Taiwan at the time meant that pirated music was proliferating and legitimate record companies struggled to survive.

With writing and releasing music not enough to make a living on, Hsu was forced to go into performance and teaching. His students included his five children, who joined him to form the Hsu Family Chinese Folk Choir (許氏中國民謠合唱團), performing not just in Taiwan, but even abroad on several occasions. From then on, the family's financial situation began to improve.

During this time, Hsu was also collecting folk music from around Taiwan, becoming one of the post-war pioneers of such work. Over the course of 18 years, he traveled the country collecting music from different ethnic groups and worked with lyricists to transform it into pop music. He even set up a record company to publish it, creating an entirely in-house chain of musical production that was powered by his love for the music of Taiwan.

Hsu was almost obsessive in his habit of keeping a collection of his works and materials, from manuscripts and concert programs to letters of correspondence, scores, drafts, clippings, and contracts. He even bought white candles to wax the scores he wrote, waterproofing them. In addition to his own writings, Hsu also collected items from a number of other musicians, including Yang San-lang (楊三郎), Hsu Bing-ding (許丙丁), and Chou Tien-wong (周添旺).

After he passed away in 1980, Hsu's family generously donated all of his musical literature and items to Tainan so that the spirit of his music would live on as part of his beloved city.

In 2018, the Hsu Shih Music Library in Tainan officially opened, offering a music reading space, a digital listening space, and graded classrooms for local residents to read, take in films, or listen to music. There are also plans for a music rehearsal room and a dance space for local youths to practice, along with a black box theater, which aims to attract more performance-related events. The second floor hosts a permanent exhibition showcasing his collection of writings and items.