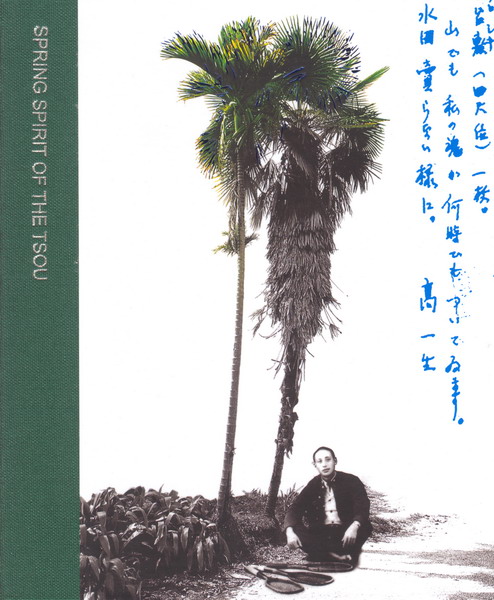 Uyongu Yatauyungana was a Tsou educator and musician who created distinctively Taiwanese songs through his combination of Tsou tradition, Japanese education, and the Western philosophy he learned through the colonial academic system. Framed and imprisoned for corruption by the newly arrived Nationalist government because of his support of aboriginal autonomy, he nonetheless remained actively concerned about the economic and political prospects of Taiwan's indigenous peoples before his untimely demise.

Yatauyungana was a naturally gifted child. After finishing five years of study in an aboriginal education center in Alishan, he then went on to Kagi Jinjōkōtō Shōgakkō, a Japanese school in what is now Chiayi City. At the age of 18, he was sent to Tainan Normal School, which was where he first encountered modern music education, fell in love with the piano, and began writing bountiful amounts of music.

While at Tainan Normal School, he continued to frequently return to his home village to volunteer help. It was in the course of this that he would meet the love of his life, a Tsou woman who went by the Japanese name of Haruko Yukawa. After graduating in 1930, Yatauyungana went back to the aboriginal education center he had studied at as a child, this time to teach. He also served as a police officer there, and in his spare time taught the people agricultural methods that included how to grow cash crops like bamboo and rice.

In addition to his concern with the education of the Tsou people, Yatauyungana was also committed to preserving and recording their language and culture. He got deeply involved in Tsou public affairs, working to improve life through things like the introduction of new agricultural knowledge and medicine. He also fought for the opening up of new land for people to migrate, leading to the development of new villages like Sinvi and Cayamavana.

In 1945, after the Japanese surrendered Taiwan and the Nationalist government took the reins, Yatauyungana adapted to the new conditions by adopting a Chinese name, joining the Chiayi Municipal Preparatory Office, applying to join the Three Principles of the People Youth League, and helping keep the peace in the mountainous areas. He was also officially appointed magistrate of Wufeng Township (now Alishan Township, Chiayi County).

However, in 1952, during the White Terror, Yatauyungana was arrested on corruption charges for providing refuge to a suspect and for advocating aboriginal autonomy. He was imprisoned by the Security Command, becoming one of the victims of the White Terror — on April 17, 1954, he was executed by the military police in Taipei.

Yatauyungana dedicated a full life to his people, fighting for their rights and for infrastructure improvement. He pushed for the improvement of their lives, and in his compositions, one can see the aspirations, ideals, and accomplishments of an outstanding Taiwanese man from an earlier era; one whose spirit continues to inspire generations through his musical works.