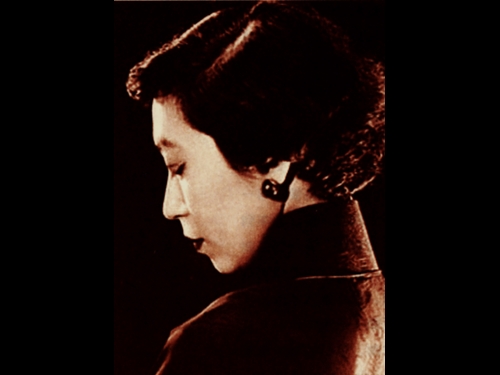 As a legendary female writer of twentieth-century China, Eileen Chang (張愛玲) had transformed her personal life and rich sentiments into short stories, prose, novels, and film scripts. Many of her dreamy but precise writing of love tales have since been adapted into television dramas, Peking operas, theater plays, and films.

Chang was born into an aristocratic family in Shanghaiand had received high-quality education since childhood. While studying English literature at the University of Hong Kong, Chang had to drop out of school and return to Shanghai due to the outbreak of the Second World War and financial setbacks.

In 1942, Chang started to make a living by writing film reviews for the English press. In the following years, Chang became a literary sensation with her novellas "Crumbs of Ligumaloes — the First Incense Burnt (沉香屑．第一香爐)” and "Love in a Fallen City (傾城之戀),” in which the story settings mirrored the wartime and reflected Chang's nostalgia for Hong Kong.

After relocating to Hong Kong in 1952, Chang published two novels — "Naked Earth (赤地之戀)” and "The Rice Sprout Song (秧歌),” reflecting the absurdity of China's land-reform movement in the 1950s and her criticism of communism. Renowned Chinese philosopher Hu Shih (胡適) once wrote to Chang and praised "The Rice Sprout Song” as naturally crafted and the best Chinese literature he had read in the year of 1955.

From 1955 and onward, Chang lived in the U.S. and translated "The Sing-song Girls of Shanghai (海上花列傳),” which is written in Chinese Wu dialect (吳語), into English and Chinese Mandarin. In addition, Chang wrote numerous film scripts that have yet to be released in cinema, such as "The Battle of Love (情場如戰場),” "Unending Love (不了情),” and "The Wayward Husband (桃花運).”

Chang offered engaging stories with her beautiful and sensuous language as well as her unique vision for Chinese literature, and each piece of work contains the shadow of her personal life. Twenty years after her death, Chang remains not only beloved by Chinese-language readers but her fame had also spread to the western world. With the gradual release of her works in English edition, Chang's dramatic stories are now available to more readers around the world.