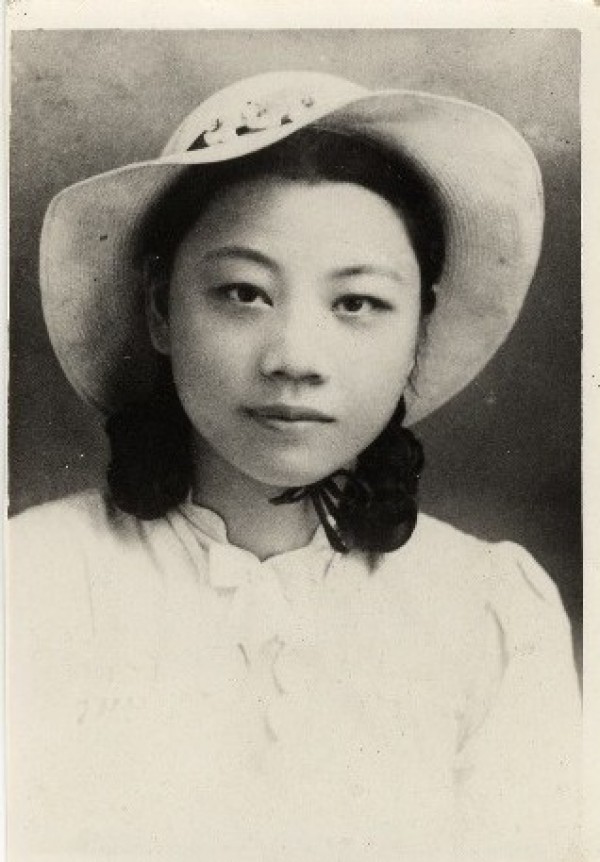 Chen Hsiu-hsi was born in Shinchiku (modern-day Hsinchu) in 1921. As a child, she was adopted out but raised by a family that loved her like their own. After graduating from Shinchiku Girls’ Public School (now Hsinchu Municipal Min Fu Primary School), she worked on developing her language skills through a combination of natural talent and self-guided studies, and by age 16 she was already a capable composer of poems and haikus in Japanese.

When she was 20, Chen was hired as a lecturer at a Japanese language school. However, she never let her competence in Japanese make her feel overconfident. Rather, she always maintained deep feelings for her Chinese ethnicity, as shown in the poem "Earrings”: “Back then / My 18-year-old self was convinced of my mother's words / That earrings were / The hallmark of a Chinese girl.”

After marrying at age 22, Chen accompanied her husband to Shanghai and Hangzhou. However, she found married life unsatisfying and poured her emotions into her poetry. Poems like “Thorny Bonds,” “Stove,” and “Roses” all underline her unhappy marital and life experiences.

After the war, Chen continued to study Chinese on her own. She had deep feelings about the era of Japanese rule, saying that “A thousand poems in Japanese would not be as valuable as one in Chinese that the next generation of children can understand.”

Guided by this ambition, she strove to overcome the language barrier and ultimately published four books of beautiful modern poetry in Chinese, titled “Foliage,” “The Joy and Sorrow of the Trees,” “Stove,” and “Yulan Magnolia.” To achieve so highly despite starting in mid-30s was a rare feat, especially for a woman of her era.

When she visited Japan in 1975, Japanese poet Daigaku Horiguchi praised Chen for her elegant Japanese, to which she replied by improvising a short poem that explained her eloquence as a result of her homeland's colonization. The master poet, some ten-years-plus her senior, was so struck that he bowed down on the tatami mat and expressed his apologies to her.

During the 1970s, Chen’s poems were frequently adapted into songs and enjoyed a period of popularity. One standout song was “Formosa,” adapted from Chen’s poem “Taiwan,” which was not only the most popular of the adaptations but also a banned song for being linked to the Formosa Incident of 1979. Chen herself was also blacklisted. Her works were only recognized later in the 1980s.

As a traditional daughter-in-law, Chen suffered grave mistreatment by her mother-in-law. By age 57, after her first husband cheated on her, she finally got a divorce. Her poem “Thorny Bonds” was also a pointed criticism of the oppressiveness of traditional marriage to women.

Having slipped the bonds of marriage, Chen lived a life of seclusion in Tainan’s Guanziling, with literary figures and friends – by whom she was affectionately known as “Auntie Chen” – often visiting her. She remained chair of the Li Poetry Society until her death in 1991 and reportedly called her residence “Li Garden.”

Drawn from ordinary life, her poems are highly valued today for their nativist sentiment and social observations. Take, for example, “Yulan Magnolia” and her use of the flower as a symbol of Taiwanese womanhood – resilient and vibrant, but still bound to a sad fate.