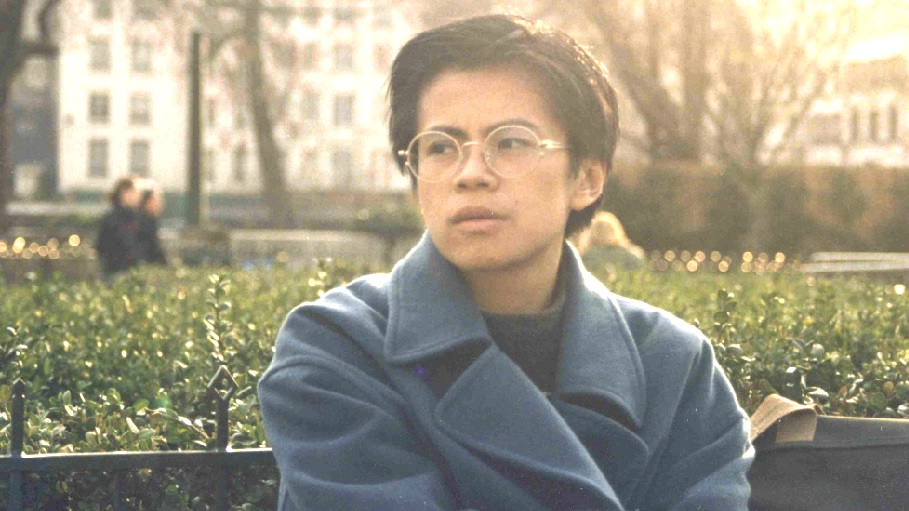 Qiu Miaojin was a lesbian modernist writer who marked a milestone for Taiwanese queer literature in the 1990s with publications such as "Notes of a Crocodile (鱷魚手記)" and "Last Words from Montmartre (蒙馬特遺書)," the latter of which was published posthumously after she committed suicide in Paris at the age of 26.

In 1992, she went to Paris to pursue further studies in clinical psychology at the University of Paris VIII, where she later switched to women's studies and was deeply influenced by the feminist theory put forth by French writer Helene Cixous. In addition to writing, Qiu also made a short film called "Ghost Carnival (鬼的狂歡)" in Paris.

Published in 1994, "Notes of a Crocodile" is a semi-autobiographical fiction exploring lesbian identity through a coming-of-age story. Narrated by a female character nicknamed "Lazi (拉子)" and a crocodile that serves as a representation of lesbians in the book, the seminal story illustrates Lazi's discovery of love and identity through emotionally rich text, reflecting her struggles and yearnings for like-minded beings.

The crocodile metaphor is cleverly intertwined with the story to present how a lesbian has to disguise herself to fit in with the society of her time — when homosexuality was not well understood and widely accepted in Taiwan. "Notes of a Crocodile" was recognized by the China Times Literary Award in 1995.

Her other critically acclaimed novel, "Last Words from Montmartre," was written two months before her suicide. Comprising letters that Qiu wrote to her lover and friends, the book unveil her intimate memories of relationships with women, her pain, and frustration from her ongoing pursuit of eternity and honesty in love, which led to the decision of taking her own life as a way out.

Qiu’s life was made into a 2017 documentary titled "Death in Montmartre (蒙馬特．女書)" by Hong Kong director Evans Chan (陳耀成), who interviewed Qiu's friends, family, publishers, translators, and authors of her generation to present her life through their recollections, and explore her enduring status in the gay literary scene of Taiwan.

Qiu left behind a legacy that has made a long-lasting impact on literature and the LGBTQ+ communities in the Chinese-speaking world, inspiring not only new literature and social movements, but also theatrical and musical productions such as "Le Testament de Montmartre" by director Wei Ying-chuan (魏瑛娟) and a symphony by composer Yen Ming-hsiu (顏名秀).

Qiu and Eileen Chang are also the only two contemporary Chinese-language authors whose works were published by the New York Review of Books. "Notes of a Crocodile" is translated by Bonnie Huie and "Last Words from Montmartre" is translated by Ari Larissa Heinrich.