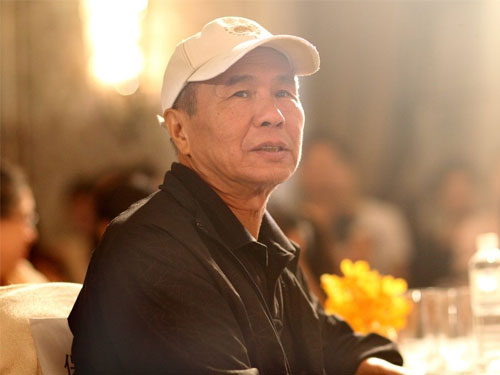 The world-renowned director has since received numerous prizes from prestigious international festivals in Berlin, Cannes, Nantes, and Venice. Hou's latest release "The Assassin (刺客聶隱娘)” in 2015 makes him the second Taiwanese director who received the Best Director Award from the Cannes Film Festival.

Following his family's resettlement in Taiwan in 1948, Hou grew up in the Fongshan District of Kaohsiung. Though he was not a keen student at school, he was passionate about cinema since his youth. After finishing his compulsory military service, Hou attended the National Academy of Arts to pursue film studies. When Hou was 26 years old, he entered the film industry by working as a script supervisor for director Li Hsing (李行).

Hou once stated: "My motivation [to make films] is strange; I am always emotionally attached to human beings.” After experiencing the post-war period of Taiwan in the 1950s and the change in social sentimentsin the 1960s, Hou began to expresshis sympathy for human trialsthrough film. Specializing in using long takes and nostalgic images, Hou mostly madefilms depicting the stories of pained individuals and the turbulent society of the past with which Houidentifiedwith.

In 1983, Hou co-wrote and produced"Growing Up (小畢的故事),” whichmarked the beginning of the New Taiwanese Cinema (台灣新浪潮電影) movement. The 1983 omnibus film "The Sandwich Man (兒子的大玩偶)” in which Hou directed the first vignette is also considered a hallmark of the movement. The personal and socially engaged stories reflect Hou's exploration of national identity and his questions about destiny.

In 2015, Hou marked his return to the international scene with his first martial arts film - "The Assassin.” Set in 9th-century China, the story revolves around a kidnapped girl who is trained to become an assassin, and has to execute a mission that forces her to make a moral decision. Instead of conforming to commercial appeal, Hou chose to capture the historical details of the imperial Tang Dynasty, demonstrating his insistence on remaining true to his own aesthetics.