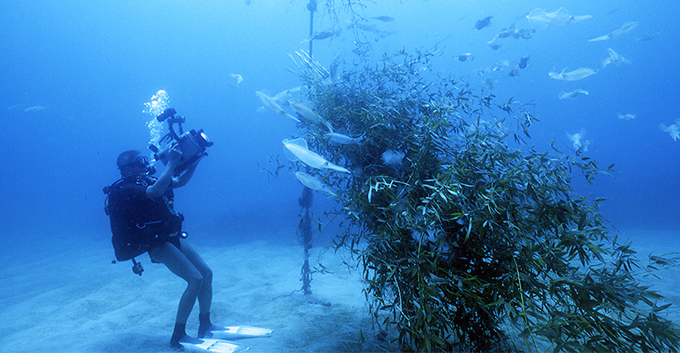 At 27 environmentally focused films and counting, Ke Chin-yuan is one of the most prolific documentary filmmakers in Taiwan and an outspoken critic of the world's top polluters. By recording the environmental changes associated with human action, Ke hopes to facilitate the prioritization of environmental protection for sustainable development.

To this end, the 56-year-old has carefully selected three "lens" to frame his message. First up is time, in which images of one's subject or location are captured from the same viewpoint over months and years to fully demonstrate the extent and speed of ecological degradation.

The second frame relies on indicator species whose presence, numbers, and behavioral patterns are reliable bio-indicators for measuring a region's eco-welfare. From wetlands and coastlines to marine estuaries and breeding grounds, degenerative ecosystems are linked to deforestation, poor farming practices, industrial and agricultural waste, climate change, and other human-driven activities.

Completing the troika is the voice of the people, especially those of disadvantaged and minority groups most directly afflicted by the damaged environment. In fact, hearing the plight of those whose livelihoods depend on Taiwanese land motivated Ke to take his documentary projects global.

More information on the committed filmmaker can be found here.