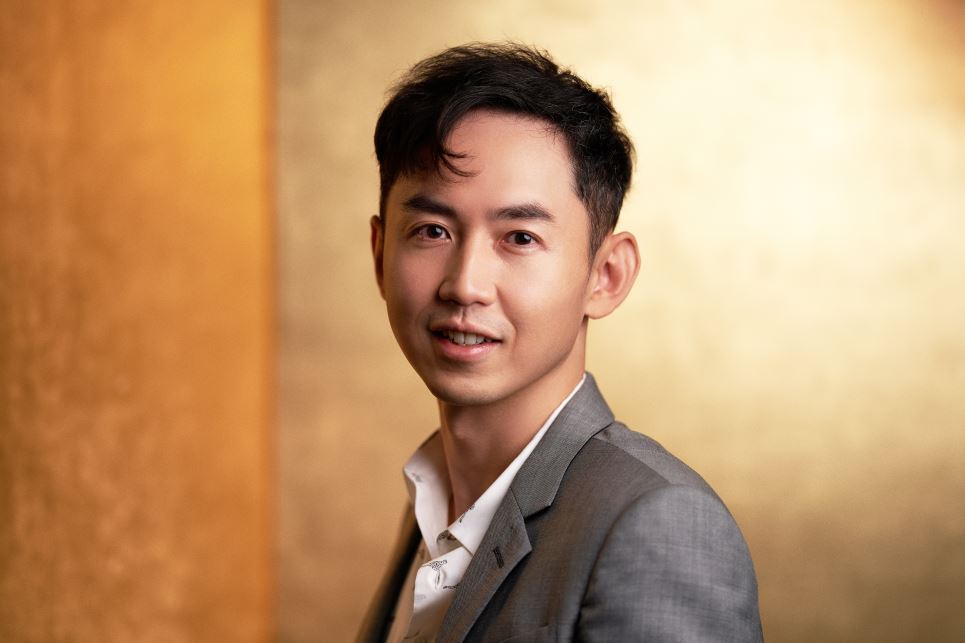 Chinese Name: 謝文明
Date of Birth: November 12, 1980
Place of Birth: Taipei, Taiwan
Did You Know?
Taiwanese animation director Joe Hsieh excels at exploring the dark side of human nature in the medium of hand-drawn animation. His work has repeatedly captured the attention of international film festivals with its thrilling style. The animated short "Night Bus (夜車)" not only won awards at the Golden Horse and Sundance Film Festivals but also took the top prize at Animafest Zagreb, one of the four biggest festivals in the animation world, and was shortlisted for the 2022 Academy Awards and the Annie Awards, which is considered the Oscars of animation.

From an early age, Joe Hsieh found himself fascinated with both Eastern and Western painting techniques and philosophies. He attended art classes to learn fine brushwork, ink wash, calligraphy, watercolor, sketching, and a variety of other art techniques. He also found himself drawn to movies in the thriller and horror genres, films like "The Silence of the Lambs," "Alien," "Misery," "Rosemary's Baby," and "The Exorcist," which he would watch over and over again. This would be reflected in his future works, which feature a number of characters who have succumbed to fascination and obsession and find themselves in thriller-like situations.

After completing high school, Hsieh went on to major in Oil Painting at the Taipei National University of the Arts. Following that, he enrolled in the Graduate Institute of Animation and Film Art at the Tainan National University of the Arts. In his second year of graduate study, he single-handedly completed the short animation "The Garden of Delights (享樂花園)," getting shortlisted for festivals like the International Short Film Festival Berlin, the Bradford Animation Film Festival in Britain, and Switzerland's Fantoche, quickly building an international reputation. The following year, he made a switch in his work from dazzling and gorgeous visuals to a quieter, darker atmosphere, but continued to maintain his distinctively dense, delicate art. In 2008, he completed the short film "Meat Days," which was not only shortlisted for the Busan Film Festival and the Hiroshima International Animation Festival but also won the award for Best Animated Short at the San Diego Asian Film Festival. His 2012 film "The Present (禮物)" was nominated at the Golden Horse Awards and the Sundance Film Festival and once again received the Best Animated Short award at the following year's San Diego Asian Film Festival.

With its strong visual style, "Night Bus" won the Best Animated Short Film award at the 57th Golden Horse Awards, along with more than 20 other animation awards at film festivals around the world, including the Jury Special Mention Award at the Clermont-Ferrand International Short Film Festival, Short Film Jury Award: Best Animation at Sundance Film Festival, and the Grand Prix at Animafest Zagreb (one of the top four animated film festivals in the world). He was also qualified for the 2022 Academy Award for Best Short Film (Animated) and was nominated for the Oscars of the animation world, the Annie Awards. The film's dialogue mixes Mandarin and Taiwanese languages. Hsieh believes that the unique charm of Taiwanese can both help break down the language barrier and showcase part of what makes Taiwan special, and this, combined with its Eastern aesthetic and philosophy, may have been key to impressing so many judges around the world.

Joe Hsieh's works have been recognized by many film festivals around the world, and he thinks it is because there are few truly wild, dark, and gory works that come out of the Eastern world, which makes his films stand out. "Perhaps having grown up in an East Asian society has taught me a different approach to storytelling and art," says Hsieh. "My films show Asian faces expressing everything from love to hate, and I have always taken pride in being Asian." In his films, Hsieh always draws his characters in pencil. "Aesthetically speaking, I think what I really care about is sophistication," he says. "From a weed in ’Meat Days' to the monkey's hair in 'Night Bus,' I always aim to create a sketch-like texture."

Hsieh was born in 1980, but unlike his peers from that later decade, he has always been more aesthetically daring and willing to challenge taboos, with his trilogy of works even being considered a little too much and given a "restricted" rating and being classified as "adult animation" at festivals abroad. The works of Joe Hsieh particularly excel in their explorations of the dark side of humanity and their shocking style. He considers Japanese director and animator Kihachiro Kawamoto an inspiration, saying that from him, he realized that animation can also dig into the weaknesses of human nature just like live-action film can, presenting the dark side of people and tales of love and hatred. In "The Present," the end credits pay special tribute to Kawamoto. "This is not only a tribute but also a reminder to myself to remember why I got into animation."

Hsieh is also fascinated by Jan Svankmajer's surreal narrative techniques, and it is easy to see the conflict between Eastern classical painting and Western aesthetics in his works. From "The Garden of Delights" challenging boundaries around the topic of sex and trying to imagine where the line is drawn, to "Meat Days" and "The Present" both using the female perspective as their narrative subject and exploring pitiable evils and pain that cannot be observed, his creative themes straddle the boundary between good and evil, exploring paranoia, shame, and the dark sides of human nature such as loneliness and destructiveness. Through this, Joe Hsieh shows his respect and tolerance for human nature and has redefined the moral outlook of a generation.