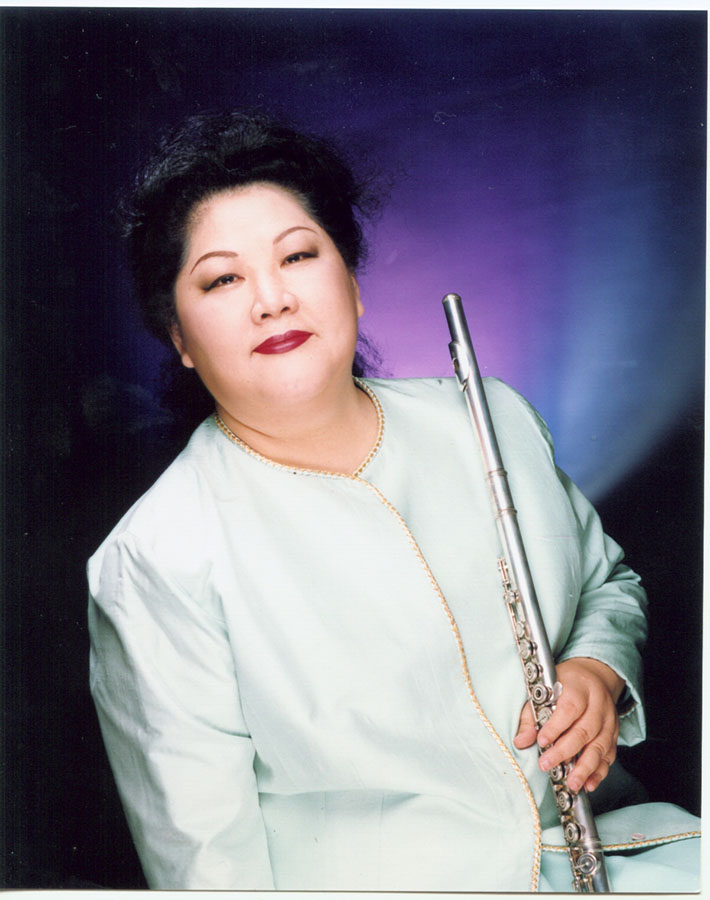 Name: 樊曼儂
Born: 24th, January, 1946
Place of Birth: Chongqing, China
Do You Know…?
Since childhood, Fan Man-nung (樊曼儂) was interested in singing and dancing, and wanted to become a professional dancer. However, her application to the department of dance during her enrollment at National Taiwan College of Arts (now National Taiwan University of Arts) was rejected, because the department director felt the school needed more talents in wind instruments.

Fan's father was the first conductor of Ministry of National Defense's (MND) Symphony Orchestra (國防部示範樂隊). Under the influence of her father, Fan further developed a love for music.

Fan opted to major in flute instead of piano at National Taiwan College of Arts, because her father believed that playing the flute was more promising than the piano. At the age of 19, Fan became the lead flutist of the Taiwan Provincial Symphony Orchestra (臺灣省立交響樂團) after graduating from college.

In 1966, the 20-year-old Fan began to teach as a flute instructor at her alma meter, which started her teaching career that spanned for over 50 years. Many well-known Taiwanese musicians, including Chang Tsui-lin (張翠琳), Huang Jen-ing (黃貞瑛), Lin Yi-hui (林薏蕙), Ma Hsiao-pei (馬曉珮), Lan Yu-hsien (藍郁仙), and Liu Chao-che (劉兆哲) all once studied under Fan. Fan always takes great pride when speaking of them.

In 1974, Fan enrolled in an arts master's program at Boston University's (波士頓大學)in the United States, where she was tutored by renowned Doriot Anthony Dwyer -- principal flutist at the Boston Symphony Orchestra (波士頓交響樂團).

After graduation, Fan returned to Taiwan and kicked off her career in educating a whole new generation of younger flutists. She has taught at the music department of the National Taiwan University of Arts (國立臺灣藝術大學), Taipei National University of the Arts (國立臺北藝術大學), National Chiao Tung University (國立交通大學), Chinese Culture University (文化大學), and Soochow University (東吳大學).

In her spare time, Fan engaged in performing and composed the theme song for the Golden Horse Film Awards in 1980. In 1998, she founded the Joueurs de Flûte Ensemble (吹笛人室內樂團).

In addition to her teaching and performances, Fan also collaborated with the art industry, and together with Chiu Fu-sheng (邱復生), Thomas Tsai (蔡辰威), and her husband Hsu Po-yun (許博允), they formed New Aspect Foundation (國際新象文教基金會). The foundation aimed to plan, produce, promote, and introduce various art events in Taiwan, and came to hold thousands of music festivals and events, further expanding international cultural horizons of her audiences.

In 2004, Fan co-produced the Kunqu Opera "The Peony Pavilion (青春版牡丹亭)" with the well-acclaimed writer Pai Hsien-yung (白先勇). In 2011, Fan received the Award for Special Contributions to Kunqu Opera by the Centre for Intangible Cultural Heritage of the People's Government of Beijing Municipality because of the work.

In 2014, Fan was honored at the Golden Melody Awards for Traditional Arts and Music (金曲獎傳統暨藝術) with a special publishing award (出版類特別奬) for her contributions. Fan had organized and held five consecutive "International Flute Festival (國際長笛藝術節)" in Taiwan over the years. She has made outstanding contributions to flute music in the country, and has been given the moniker of "Taiwan Godmother of Flute Music."