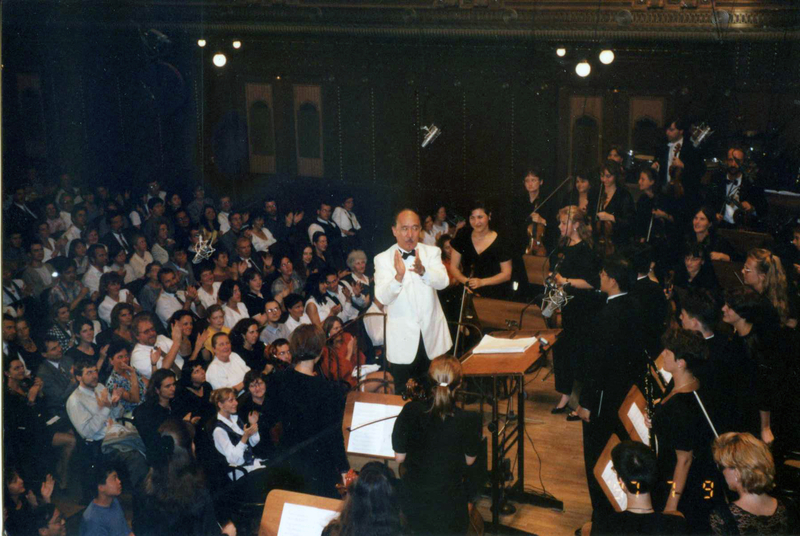 After earning a master's degree in choral conducting from Illinois University and becoming a doctoral student, Du returned to Taiwan in 1981 and became a faculty member at Chinese Culture University, where he originally received his undergraduate training, and began working as an amateur conductor for several choirs in Taipei as well. He became conductor of Taipei Philharmonic Chorus (臺北愛樂合唱團) in 1983, and remains dedicated to the position today.

In 1997, Du conducted a choir to perform Chien’s composition "The Maiden of Malan (馬蘭姑娘)" in Hungary, winning the best composer title among his four nominations at the 9th Golden Melody Awards. He was nominated again for best composer and best classical music record two years later, with his grand production of the composition "June Snow (六月雪)" by Hsu Yang-ming (許雅民).

Du even produced the a Buddhist requiem based on "The Amitabha Sutra (佛說阿彌陀經)," which garnered awards for best religious music album and best composer at the 13th Golden Melody Awards in 2002.

Du was honored by the first National Award for Arts in 1997. Other prominent events of his life include publishing his autobiography "The Dark-Faced General of Taiwan's Music Circle (樂壇黑面將軍)," with the title a nod to his natural complexion, and working as a juror in many important choir and vocal competitions at home and overseas.

For Du, music is more than a profession for earning a living — it is a way of life that requires polishing and thinking with all one's heart.