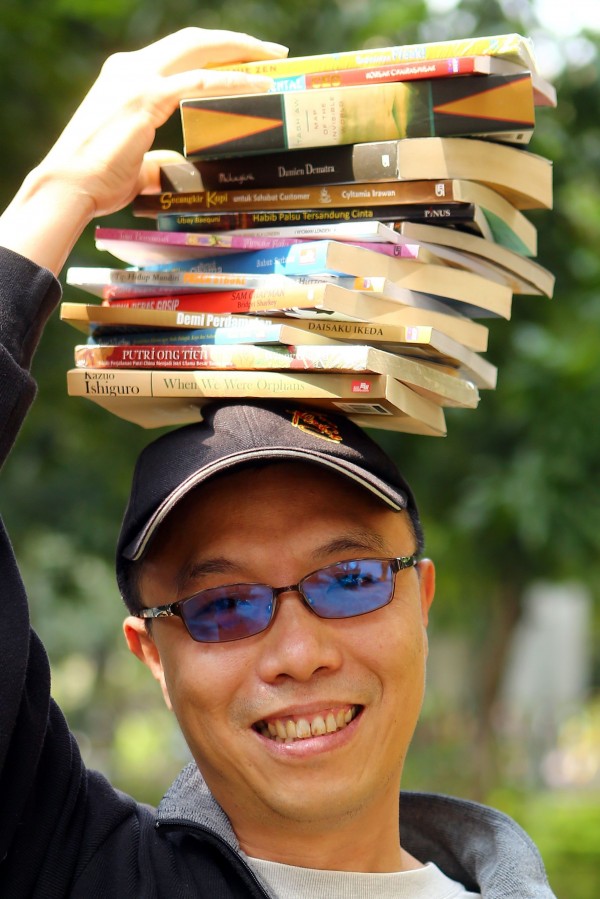 Chang Cheng is an independent media worker and a long-time advocate for Southeast Asian immigrants in Taiwan. He believes that all ethnic and cultural groups have the right to read and the right to access literature written in their own language.

Chang first co-founded "4-way Voice (四方報),” a newspaper in six languages that included Vietnamese, Thai, Indonesian, Filipino, Burmese, and Cambodian. In 2013, Chang moved into the field of television, launching Taiwan's first Southeast Asian singing program, "Sing in Taiwan (唱四方).” In 2014, he co-founded the Taiwan Literature Award for Migrants (移民工文學獎) and published a collection of his articles on Southeast Asia later in the same year.

In 2015, he opened a Southeast Asia-oriented bookstore called Brilliant Time (燦爛時光) in Taipei after a discussion he had with a caretaker who had just won the inaugural Taiwan Literature Award for Migrants. The laureate had been unable to take a day off work for two straight years because her elderly custodian needed her care. So she read to pass time, stating that "When I'm bored, I read. I like to read and write. Reading makes me happy. Reading and writing sets me free.”

Inspired, Chang asked several of his friends - a Chinese instructor in Indonesia, a Vietnamese student who was studying in a Taiwanese university - to send him books from their hometowns. He also published an op-ed through the CommonWealth magazine calling for Taiwanese tourists to bring back a foreign book from their overseas visits.

His "Bring a book that you can't read back to Taiwan” program resonated with the public, and books from Southeast Asia came pouring in. He also networked with Southeast Asian communities in Taiwan, including Forum Lingkar Pena (FLP), a Pen Circle Forum established by Indonesian migrant workers interested in the arts.

Today, he serves on the inaugural Southeast Asia Advisory Committee (東南亞事務諮詢委員會) while collaborating with other bookstores to provide reading spaces for Southeast Asian immigrants and migrant workers in Taiwan. He argues that they had little choice but to leave their hometowns in search of better economic means, and that they are made of flesh and subject to a wide range of emotions and dreams as well.

In Chang's vision, Taiwan should strive to become a gracious host that would help migrant workers achieve growth and fulfillment outside their job descriptions, which would in turn promote equal human rights, enrich society, and nurture cultural diversity among all those that reside on the island of Formosa.