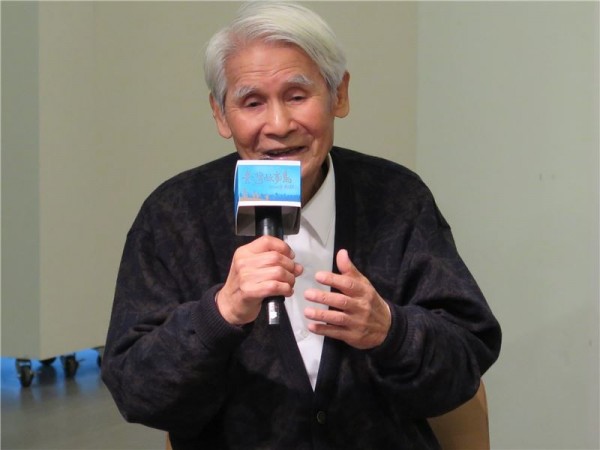 Wang He-sheng is an annalist who served as a civil servant for Taitung County for five decades. His attachment to the land of Taitung prompted him to document the local history and culture dating from the Japanese colonial period to the post-war days after World War II. With Wang's unceasing efforts, local history and collective memories are preserved without being lost to the passage of time.

When Wang was six years old, he relocated from Keelung to Taitung with his family and has lived there until today. After graduating from high school at age fifteen, Wang started to work for Taitung's Household Registration Office from 1944 through 1994.

After the retrocession of Taiwan in 1945, Wang began to restore the household registration data on members of the indigenous Amis tribe, for their culture and customs were suppressed during the Japanese colonial era. Through his field work and chronicles, Wang forged a strong friendship with the Amis people.

The next year after completing the genealogy of the Amis people in Taitung, Wang suffered from an illness that forced him to retire after recovery. The illness made Wang realize that he should preserve the local history he had experienced to pass down such cultural heritage.

Wang then visited libraries in Taipei to collect related historic documents from the Japanese colonial era and published "Biographies of Taitung County (台東縣史人物傳)” in 2001. Wang then spent 5 years co-compiling and editing six volumes of the "Annals of Chenggong Township (成功鎮志),” which documents the geology, history, art, and culture of the eponymous township.

Wang also delivered speeches in training courses for fostering local cultural preservationists, prompting the establishment of Chenggong Township Association (成功鎮愛鄉協會) in 2008 and the Chenggong Story House (成功故事館) in 2010, where many local art and cultural exhibitions have been held in recent years.

In December 2016, Wang released a book titled "Hsin-kang Treasure: Wang He-sheng's Years of Culture and History (新港瑰寶：王河盛的文史歲月)” at the age of 87. The book records Wang's life experiences and stories to inspire and encourage more people to engage in passing down local heritage and history to the next generation.