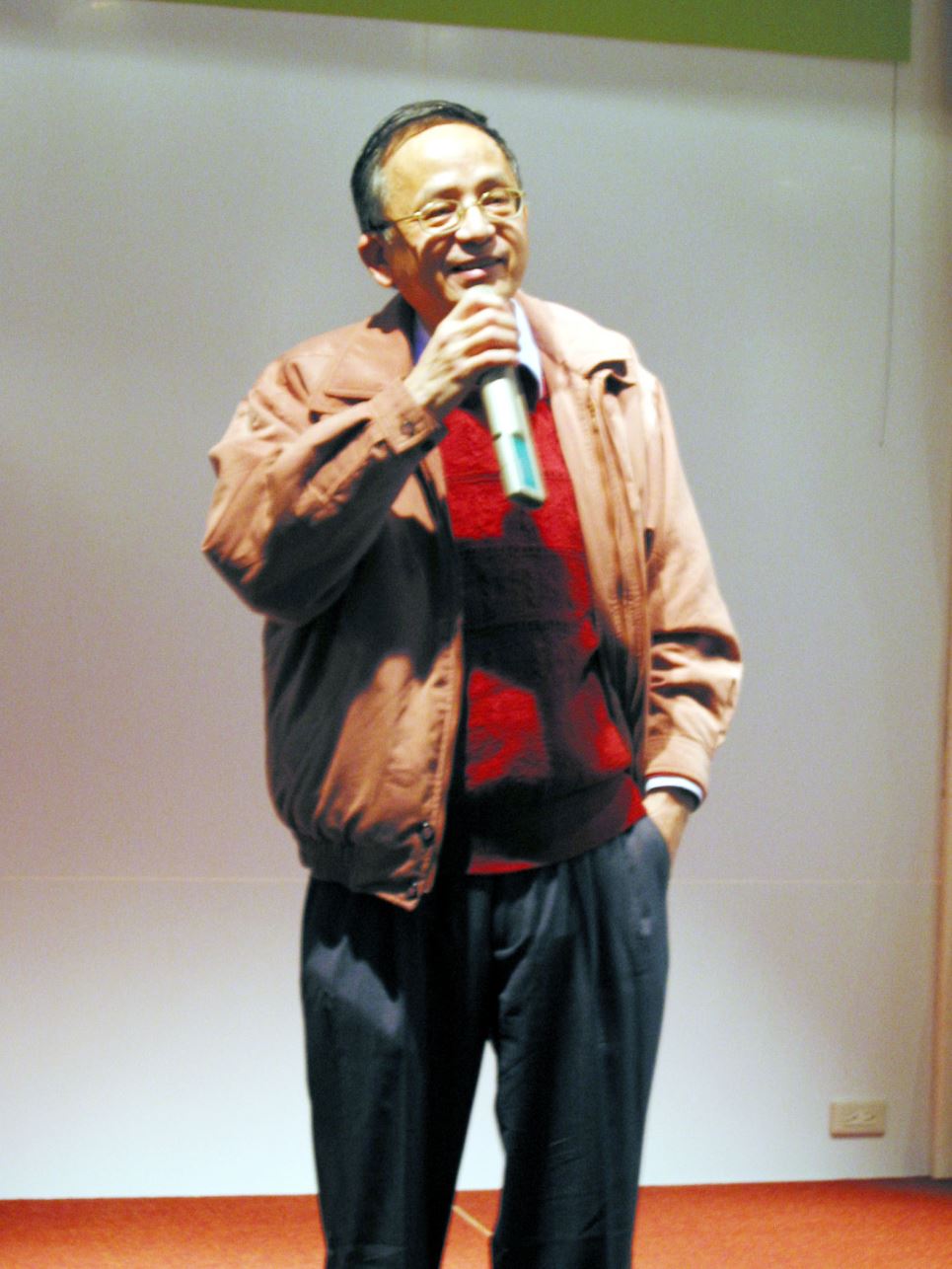 Name: 莊永明
Born: 1942
Died: August 7, 2020
Place of Birth: Dadaocheng, Taipei
Did You Know...?
Despite his lack of a formal academic background, Chuang Yung-ming's (莊永明) passion and enthusiasm led to him becoming an expert in folk culture and history. In 2015, Chuang published a book in which he described himself as merely a small figure amid the greatness of history and a witness to the epical times.


Chuang Yung-ming (莊永明) was a man who committed himself wholeheartedly to preserving Taiwanese historical data and promoting Taiwanese culture. A well-known expert in Taiwanese cultural history, he has been recognized as one of the few researchers to have assembled the richest, most comprehensive collection of Taiwanese folk historical materials.

Born in 1942, Chuang grew up in Dadaocheng (大稻埕), a district in Taipei City that boasts a rich cultural heritage. During his schooling, he found himself disconcerted by being unable to find familiar stories and characters from his childhood in history textbooks, and this inspired him to begin collecting Taiwanese historical and cultural data while still in high school. He started with the hobbies of collecting stamps and books. After graduating from college, he worked as an accountant at the Tatung Company for 26 years. In his spare time, he would study Taiwanese history and collect historical documents from all over Taiwan. He even personally engaged in field interviews and surveys, and in the 1970s, he published a number of articles in newspapers and magazines.

He called himself a "vendor-based cultural historian," developing a habit of going to old bookstores to dig up rare historical materials. His collection is a break from the traditional academic style, with a livelier, engaging approach to Taiwanese history. In 1980, at the invitation of the China Times, he wrote a column entitled "Taiwan Number 1's," introducing readers to a number of Taiwanese firsts, like Taiwan's first railway, first doctor, first Western music competition, and first private children's choir.

His love for music also led to Chuang becoming one of the few scholars who study Taiwanese folk songs. In 1993, he worked with a record company to publish the CD "Seeking the Roots of Taiwanese Folk Music," which was warmly received by the public for how it interwove history and music. In "Seeking the Roots of Taiwanese Folk Music," Chuang as narrator tells stories about the background and origins of each song, promoting early Taiwanese music and using the songs as a way to look back on Taiwan's journey.

Chuang was a prolific writer, with titles including "Chronicles of Taiwan (臺灣紀事)," "Taipei Old Streets (臺北老街)," "Taiwan Folk Song Recollections (臺灣歌謠追想曲)," "The Musical World of Lu Chuan-sheng (呂泉生的音樂世界)," "A History of Medicine in Taiwan (臺灣醫療史)," "Recalling a Century of Taiwan (臺灣世紀回味)," "A Bird's Eye View of Taiwan (臺灣鳥瞰圖)," and "Old Things in the City: The 130th Anniversary of Taipei City (城內舊事：臺北建城130週年)." In 2015, he published "Life Should Be Like This!: Chuang Yung-ming's Seven Decades (活！該如此：莊永明七十自述)," writing about his own past, his travels, and his studies of Taiwanese history.

In addition to collecting Taiwanese cultural artifacts and writing books on the subject, Chuang also served as a cultural and historical guide for "Dadaocheng Tour (大稻埕逍遙遊)" for ten years, helping more than 10,000 people explore Taipei.

Since 1997, Taipei Xia-hai City God Temple (台北霞海城隍廟) started giving free walking tours twice a month, taking locals and tourists alike, around the greater Dadaocheng area. The "Dadaocheng Tour" would include Yong-Le market (永樂市場), a garden turned market building with farmers market, fabric market, and food court; Wangs' Tea (王有記茶行), a traditional tea factory that still uses charcoal fire to cure their teas; the many temples around the area like Ci-Sheng Temple (慈聖宮), and Fa-zhu Gong Temple (法主公廟) and many more historical locations. The walking tour would last for 3-4 hours, and Chuang would always serve as a tour guide on the first week of every month.

His old home, the Zhuang Xie Fa Grocery Store (莊協發柑仔店), has been listed as a historic site by Taipei City, and Chuang used curated exhibitions, lectures, and guided tours of old streets to revitalize such historical sites and promote cultural history. His work earned him an important place in Taiwan's cultural history world.

Chuang's 2015 book "Life Should Be Like This!" broke down his life's journey, including his 26 years of accounting work, never showing up late or leaving early. He described himself as a "long-term worker" and said that his post-retirement writings were "casual work" to make a living, while his cultural work and running around Taiwan for it were "volunteer work." Having devoted half his life to writing in hopes of helping future generations understand the story of their land, he called himself a "sturdy worker." Unlike ordinary cultural historians, Chuang came to the work armed not with a fancy degree, but with enthusiasm and interest, using them to gradually build his knowledge.

Chuang Yung-ming passed away on August 2020. This marked the end of a long life enthusiastically dedicated to the memory of Taiwan's culture and history. With his passion and sense of duty, Chuang was behind the completion of more than 50 publications, making an immense contribution to Taiwanese history and the preservation of the memory of this land.