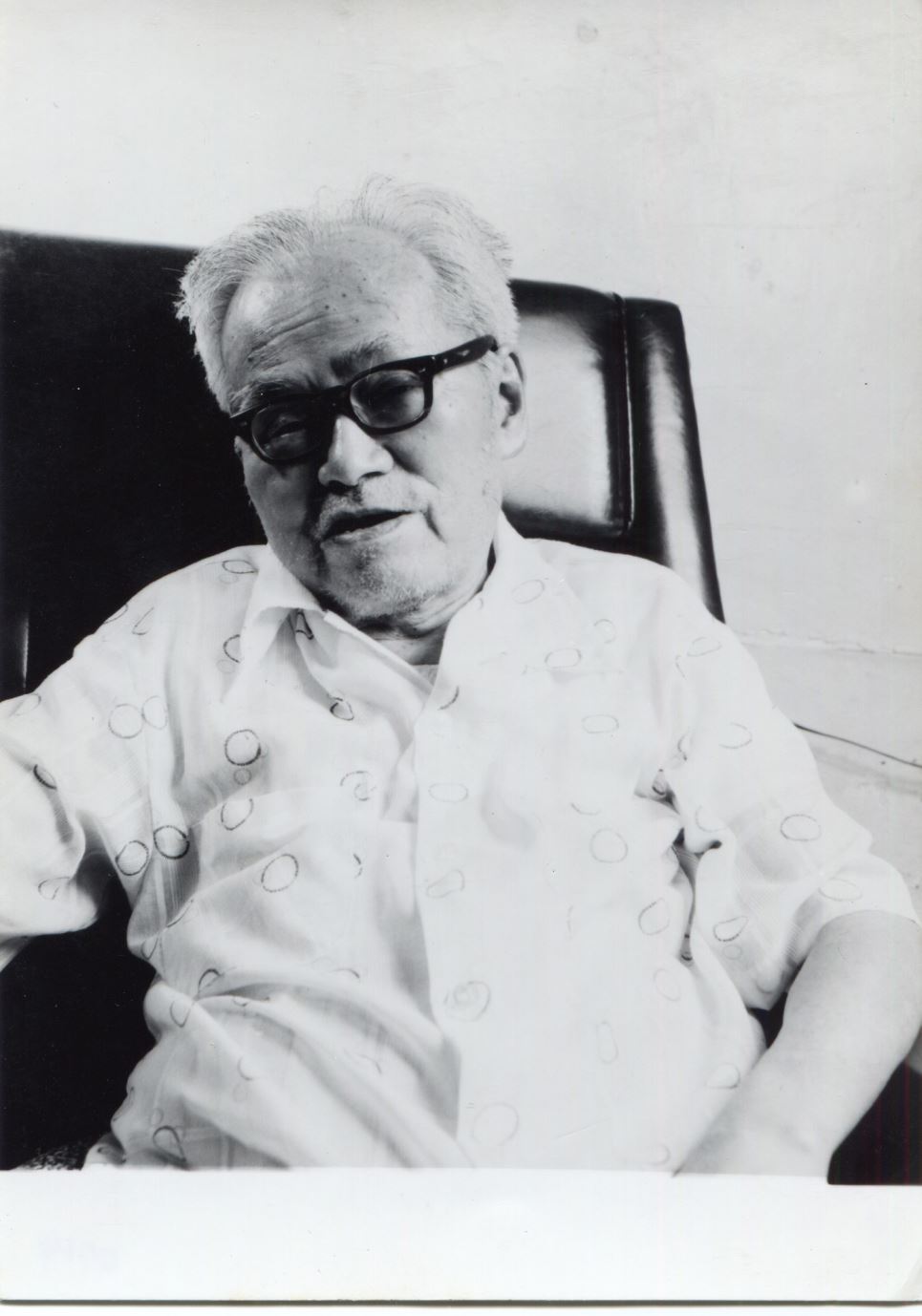 ‧ Chinese Name: 王詩琅
‧ Year of Birth: 1908
‧ Place of Birth: Wanhua District, Taipei City
‧ Did You Know? Wang Shi-lang's (王詩琅) works, building on his anarchic tendencies, were rife with critique of realism as a style, and he used his short fiction to depict the stories of social activists, laborers, bank tellers, prostitutes, and other such people. Combining his personal experience and the times in which he lived, his writings reflected the reality of society and the oppression of social movements.

Born in 1908 in Wanhua, Taipei, Taiwan, the new Taiwanese literary scholar Wang Shi-lang (王詩琅) attended private schools at a young age and was particularly interested in unauthorized histories and biographical novels. At the same time, he began laying a foundation in the Chinese and Japanese languages. Later, he was forced to abandon his studies because he had to take on the family business. Nevertheless, Wang continued to spend his leisure time reading histories, novels, and treatises on world trends.

In 1926, Wang joined the Black Youth League (黑色青年聯盟), led by Japanese anarchist Ichi Kozawa (小澤一). However, in 1927, he was sentenced alongside three other leaders—Kozawa, Wu Chang-zhou (小澤一), and Wu Song-gu (吳松谷)—to 18 months imprisonment for disrupting public order. Four years later, he was sentenced to another ten months in prison for the Taiwanese Labor Mutual Aid Society Incident, after which he began to take up writing.

Times changed, and after 1930, he gradually shifted his focus from political movements to literary activities, landing articles in publications like "Everyone (人人)," "Tomorrow (明日)," and "Floodwaters (洪水)." He also began taking part in the Taiwanese Association of Literature and Writers, the first joint Japanese-Taiwanese literary group.

In 1937, Wang Shi-lang took on the role of editing "New Taiwanese Literature (台灣新文學)" for Yang Kui (楊逵), as well as planning and editing "Poems on Creative Chinese-language Literature (漢文學創作詩集)," ushering in a pivotal period for the New Literature Movement in Taiwan. His early literary works include both poetry and fiction, and his fiction style was characterized by critical realism and melancholic imagery, as demonstrated in works like "Night Rain (夜雨)," "Decline (沒落)," and "Crossroads (十字路)."

During the Second Sino-Japanese War, Wang was drafted to join the war effort in Shanghai and Guangzhou. Once that war and the Second World War had concluded, he began working with the Kuomintang Military Committee in Guangdong, working as a political instructor to officers relocated from Taiwan. After the end of World War II, he served as the editor of Min Bao (民報) and chief writer for Peace Daily (和平日報).

In 1948, Wang joined the Taipei City Archives, beginning his work on compiling Taiwanese history and folk culture. In 1961, he was transferred to a job heading up the compilation group for the Historical Records Committee of the Taiwan Provincial Government, where he put together "An Encyclopedia of Taiwan Province (臺灣省通誌)."

After retiring from the civil service, Wang once again took up an editing job, this time with Taiwan Folkways (臺灣風物), compiling and studying nativist literature. In his later years, he also began working on an annotated version of "The History of the Police Force of the Governor-General of Taiwan (臺灣總督府警察沿革誌)." He published more than a dozen books, including "Social Life in Taiwan (台灣社會生活)," "Taiwan under the Japanese Colonial System (日本殖民地體制下的台灣)," and "A Journal of Taiwanese Rites and Customs (台灣禮俗誌)."

Wang’s works, building on his anarchic tendencies, were rife with critique of realism as a style, and he used his short fiction to depict the stories of social activists, laborers, bank tellers, prostitutes, and other such people. Combining his personal experience and the times in which he lived, his writings reflected the reality of society and the sometimes brutal repression of social movements. After the war, he branched out into children’s literature, folk stories, Taiwanese folk culture, and the people and history of Taiwan. His writings on children’s literature have proven a tremendous contribution to the study of Japanese-era history and folk culture, earning him the sobriquet "Taiwan’s Hans Christian Andersen."

In 1982, Wang Shi-lang was honored with the Special Award at the National Awards of Art, and that same year, he took up the editorship of Xueyou (學友) magazine, working to promote children's literature. Two years later, he was the recipient of the second Humanities Achievement Award from the Taiwanese-American Foundation. In his twilight years, Wang was frail and sickly, having trouble walking and having gone almost blind. Nevertheless, he continued with his efforts to translate "A History of Social Movements in Taiwan—Cultural Movements (台灣社會運動史—文化運動)," which would become an exceptionally valuable source for understanding Taiwanese social movements under Japanese rule.

On November 6, 1984, Wang Shi-lang passed away in Mackay Hospital, Taipei City, aged 76. A cultural renaissance man, Wang may have ended up making a life in literature by accident, but his unique background in social movements made sure that his style would leave a distinctive mark on Taiwanese literature and our understanding of Taiwan's history.