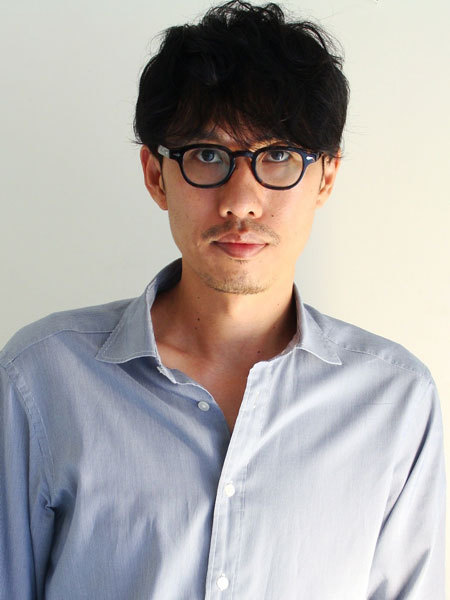 Chen Chih-yuan is an award-winning illustrator whose children's books have been translated to more than ten languages and published all over the world. Among them, "Guji Guji” was a bestseller listed by The New York Times, while "On My Way to Buy Eggs (小魚散步)” was named one of the best children's books of 2003 by Publishers Weekly.

Growing up in a relatively poor family, Chen's main source of fun in childhood was to observe people and his surroundings while following his mother who did part-time jobs to support the family. His childhood observations of society have shaped his storytelling focus in children's books.

Chen made the decision to create children's books when he was 18 years old, and spent years developing and figuring out how to tell children stories with his own style. Having seen the imperfections of society, Chen shielded away from telling fairy tales. Instead, he delivers messages of appreciating, loving, and respecting others through realistic but heart-warming stories.

Chen published his first children's book ― "Missing You (想念)” ― in 2002. The book was dedicated to his late mother and went on to win the Hsin-Yi Children Literature Award. In the following years, Chen released "On My Way to Buy Eggs” and "The Best Christmas Ever,” in which topics such as poverty and unemployment are invoked while the storyline remains fun for children to read.

His other well-known books include "Guji Guji,” "Artie and Julie (阿迪與茱蒂),” "The Featherless Chicken (沒毛雞),” and "Mimi Loves to Mimic (米米愛模仿),” which explore individual identity, relationships, and self-discovery through humor and animal characters.

Chen's ability to tell stories through images instead of texts has enabled him to surmount language and age differences, making his children's books appreciated by children and parents from a wide range of backgrounds.

Though Chen has made a name for himself in international markets, he insists on using Taiwanese elements in his works as he believes that stories that people can relate to exceed cultural barriers. As for his best moment so far, the illustrator said it was seeing two children happily reading his "Artie and Julie” book in a bookstore.