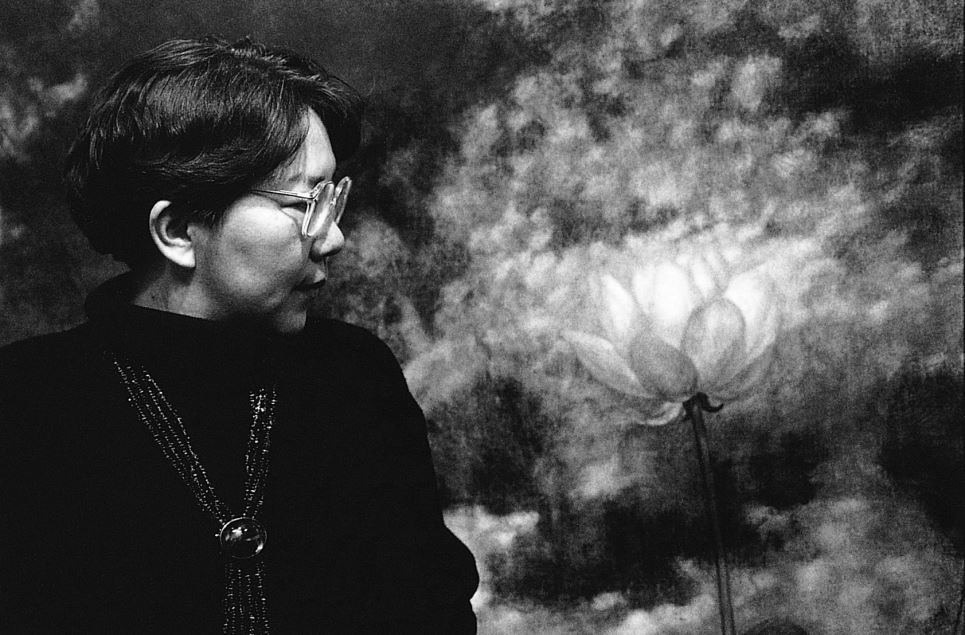 Xi Mu-rong is a well-established contemporary poet, essayist, and artist of Mongolian descent. Best known for her ability to convey powerful emotions and vivid images through moving language, her poems mostly revolve around the theme of nostalgia, love, and life. Xi's debut poetry collection, "Seven Miles of Fragrance (七里香)," has become one of the best-selling poetry books in the Chinese-speaking world.

Born in Chongqing City and raised in Taiwan, Xi studied oil painting at the Académie Royale des Beaux-Arts in Belgium after finishing university in Taiwan. As a child, she also held a deep sense of nostalgia for Inner Mongolia after learning about the natural landscape, culture, and people of her native land from her parents, who are both Mongolians.

Xi once shared that the anthology of Chinese poems, "Nineteen Old Poems (古詩十九首)," deeply influenced her literary understanding. She truly felt the power of poetry ― especially from a particular poem depicting a general’s homecoming after battle ― after reading the book. The theme of returning home helped Xi realize later that it was this nostalgia that drove her to write poems.

In 1981, Xi published "Seven Miles of Fragrance," a collection of 63 poems written during the 1950s and 1980s. Depicting love, sorrow, and beautiful moments that Xi found in this world, the poetry book was an instant success upon release and was reprinted seven times in one year. Some of her poems from this anthology were later translated and published in different languages as well.

When Xi was asked to define poetry, she explained that her poems are all the things she had read, heard, experienced, seen, or felt in her life. Thus she doesn't consider her works to be romantic as some critics described; instead, she just expresses her genuine feelings through literature.

In 1989, Xi made her first trip to Inner Mongolia. However, the natural landscapes as well as the culture described by her mother were already destroyed by the Cultural Revolution. After seeing the land with her own eyes, Xi realized that she had been living in the nostalgia of her parents, and decided to re-explore Mongolian culture.

Following the trip, Xi began researching Mongolian culture, shifting her focus to ethnicity, history, and culture. Her new learnings, compassion, and nostalgia are faithfully revealed in her writing in recent years. "Song of Wild Geese (大雁之歌)," for example, is a work that seeks to present Mongolia's culture and language to Chinese-language readers.

Editor's Note: Xi has also been published under the name “Hsi Muren.”