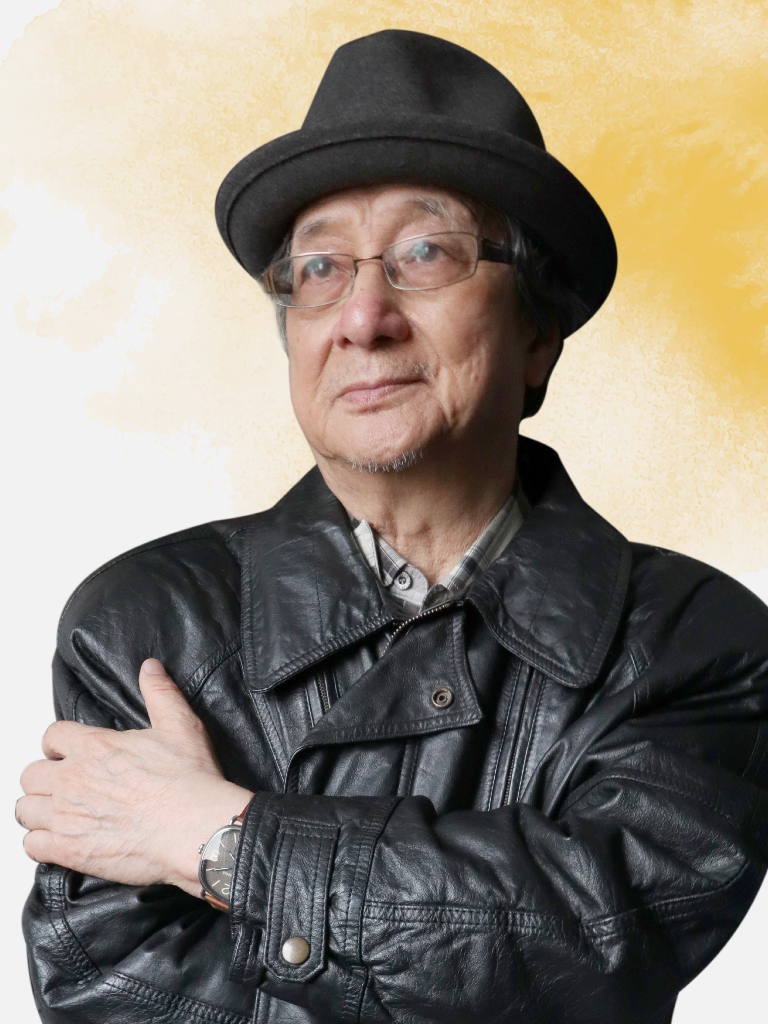 ‧ Chinese Name: 謝理發
‧ Year of Birth: 1938
‧ Place of Birth: Dadaocheng, Taipei
‧ Did You Know? In 1978, at a sensitive moment in Taiwan society, Shaih Li-fa's book "A History of Art Movements in Taiwan during the Japanese Era" was published, becoming an important research work on the development of Taiwanese art during the period of Japanese rule and a pioneering work in the study of Taiwan’s art history. At that time, few local artists in Taiwan were commonly known to society, so this book opened the door a crack on Taiwan’s art history.

Born in 1938 in Dadaocheng, Taipei, Shaih Li-fa graduated from the Department of Fine Arts of National Taiwan Normal University in 1959. At the age of 26, he went to Paris to study printmaking and sculpture, learning to make prints at night.

In 1968, he moved to New York and devoted himself to the production of photographic satin prints. His works were selected for major international printmaking biennials and collected by international museums. His most important works include the series "Glass Box and Baby Girl (玻璃箱與嬰女)," "Gift to the Saint (給聖者的獻禮)," and "War and Peace (戰爭與和平)."

At the age of 32, Shaih began writing and submitting articles on contemporary art in the West to Taiwanese publications. In 1977, he published "Precious! Agasa—Talking with Agasa about Art in Letters (珍重！阿笠──在信中與阿笠談美術)" and "Xu Beihong—Founder of Modern Chinese Realism (徐悲鴻──中國近代寫實繪畫的奠基者)."

The next year, at a sensitive time in Taiwanese society, Shaih Li-fa's book "A History of Art Movements in Taiwan during the Japanese Era (日據時代臺灣美術運動史)" was published, winning the second Wu Yongfu Criticism Award (巫永福評論獎) for it the following year. This book became an important research work on the development of Taiwanese art during the period of Japanese rule and a pioneering work in the study of Taiwan’s art history. At that time, few local artists in Taiwan were commonly known to society, so this book opened the door a crack on Taiwan’s art history.

At the age of 42, Hsieh published "The Art World in New York (紐約的藝術世界)," and in just four years following, he additionally published "Artistic Adventures—A Collection of Western Art Criticism (藝術的冒險──西洋美術評論集)" and "A Journal of Unearthed Figures in Taiwan (臺灣出土人物誌).” The latter focused on eight artists who were famous during the Japanese era but faded into history, including Tan Ting-pho (陳澄波), poet Wang Baiyuan (王白淵), and musician Jiang Wenya (江文也).


After returning to Taiwan for the first time in 1988, Hsieh published two books, "Reinventing Taiwan's Heart (重塑臺灣的心靈)" and "My Painter Friends (我的畫家朋友們)." The latter depicts the backgrounds and histories of fifteen creations of Hong Kong and Taiwanese artists, as well as presenting the most iconic works of each artist, a testimony to the history of painting in the region.

In 1994, he co-founded the Paris Cultural and Educational Foundation with Liao Shiou-Ping and Chen Jinfang and established the Paris Prize to support outstanding young artists wanting to study abroad. At the age of 58, Shaih began teaching at the Graduate Institute of Fine Arts of National Taiwan Normal University, while at the same time, also promoting environmentally aware art in Changhua County. One of his installations, "Drifting Light Beacon," which was made of 374 pieces of driftwood, was set up in Fubao Eco Park in Fuxing Township, Changhua County. The same year, the "Trash Aesthetics" conceptual art exhibition was put on at the National Taiwan Museum of Fine Arts.

At the age of 59, he published "Exploring the Historical Insight of Taiwan Art (探索臺灣美術的歷史視野)," and the year after, together with Liao Shiou-Ping (廖修平) and Chen Jinfang (陳錦芳), he held the exhibition "Taipei-Paris Three Musketeers Joint Exhibition" in Paris. Two years later, he published "Exploring the Soul of Taiwan (臺灣心靈探索)" and "The Previous Generation as I See It (我所看到的上一代)." At the age of 71, he continued to write, taking three years to complete and publish "La Grande Chaumiere Violette (我所看到的上一代)," a novel about the characters of Taiwan's modern art history and an important artistic tribute to the nation. The same year, he was appointed as a fellow of the Taiwan Academy of Fine Arts. Later, at the age of 75, he published "The Age of Changing Colors (變色的年代)."

In 2013, Shaih Li-fa received the Lifetime Achievement Award from the International Association of Art Critics. His works can be found among the collections of the Bibliothèque nationale de France, New York’s Museum of Modern Art, the National Taiwan Museum of Fine Arts, and the National Museum of History. In 2018, he was recognized at the 37th National Cultural Awards.

In his early years, his writings were invaluable in introducing Western art trends to Taiwan through his writings, while later, he turned his keen attention to the development of art here in Taiwan. In addition, his novel "La Grande Chaumiere Violette" was adapted for television, resulting in a series that was well-received by audiences and made Taiwan’s cultural and sentimental side popular among the public once again.