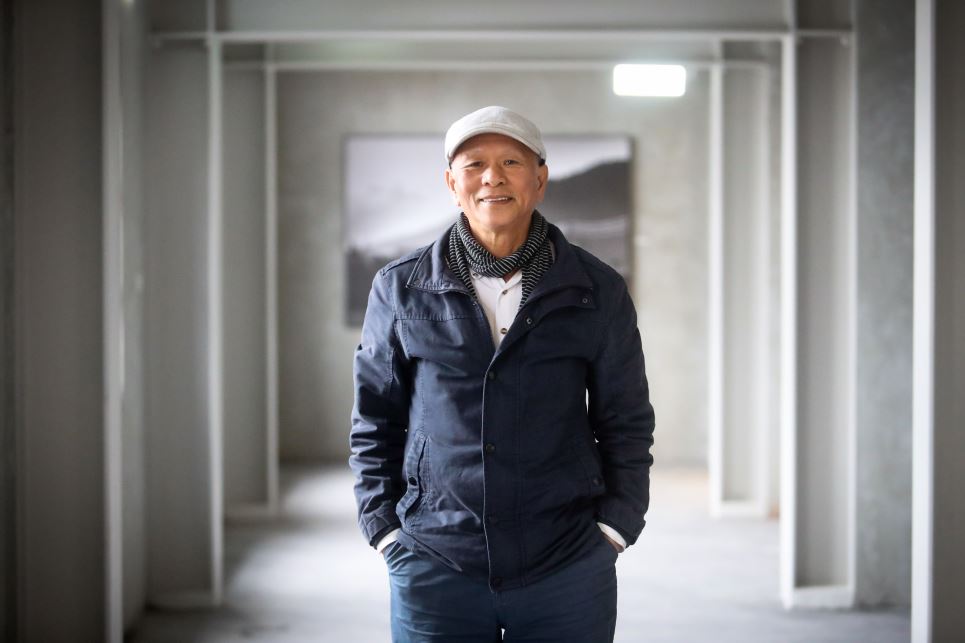 Did You Know?
When Juan I-jong first went to Beipu Township, Hsinchu County, to take pictures in 1981, the locals looked at him suspiciously at first. The children threw stones at him, suspecting him of being a spy, and people even reported him to the police and got him arrested. Nevertheless, Juan went back to Beipu 12 more times over five years, spending time shooting the local area. Eventually, the residents of Beipu became very familiar with him and would eagerly greet him as he arrived.

Entering the world of photography was entirely accidental for Juan I-jong. In the 1970s, Juan was in his 20s and had just been discharged from the army after finishing his military service. He applied to be an editor for "Echo (漢聲)" magazine, and it was only after passing the interview that he learned that the job would also include photography. His boss at the time gave him a camera and taught him to load up the film. This was his first exposure to photography. Juan admits he didn’t like taking pictures at all at that time. His interests were more in the fields of literature and painting, and the only reason he bothered picking up his camera was entirely down to his work.

"Echo" is a very important folk art magazine in Taiwan. As an editor, Juan often needed to participate in field surveys of traditional art and folk customs, and photography was a necessary skill, so he began to teach himself everything he could about photography, from the apertures and shutter speeds all the way to darkroom development techniques. Looking back now, Juan attributes his beginning to understand this land of Taiwan to his good fortune in landing that job and stumbling into the world of photography.

After that, he went on to work for magazines like "Family Monthly (家庭月刊)" and "Human (人間)," as well as getting involved in the production of the TV program "Journey of Images (映象之旅)." Photography, says Juan, gave him a chance to get into every corner of Taiwan. Maybe photography was just a job for him at first, but later it became a part of his life, and in the end, his life and creative work were inseparable.

While recording images, Juan I-jong has faced his share of challenges. The most frustrating experience was one back in Lidao Village (利稻村), Haiduan Township (海端鄉), Taitung. The local Bunun people were afraid the camera would take away their souls, so they refused to be photographed. Facing the villagers' lack of comprehension of photography, Juan simply put away the camera and followed a family to the fields to pick corn for an afternoon, never thinking that this simple act would earn him the trust and amity of the villagers, meaning that the next day, he could pull out his camera again and start shooting. It didn't matter whether the villagers understood what photography was that next day; what mattered was that the experience showed how people could break down barriers through sincerity and mutual trust. After this, Juan's determination to record the beautiful things on this land through his lens was even further strengthened.

Juan I-jong has traveled all over Taiwan, capturing countless precious shots. His photography revolves around the central theme of the relationship between people and land, and he recorded Taiwan's rural and urban transformations through the 1970s and 1980s. He has focused on black-and-white documentary photography throughout his career, and to this day still does all his own darkroom development. His works have been compiled in more than ten photography collections, including "Man and Land (人與土地)," "Taipei Rumor (台北謠言)," "Szu Chi (四季)," "Pei Pu (北埔)," and "Pa Chih Men (八尺門)."

In the 1990s, Juan founded Photographer Publishing House and the magazine "Photographer" to further deepen the theory and development of photographic art in Taiwan, introduce important international photographers to the country, and promote international exchanges. "Photographer" has been recognized as one of the best magazines in the world. His published photography books, such as "Masters of Contemporary Photography (當代攝影大師)" and "Seven Questions on Photography Aesthetics (攝影美學七問)," have become popular photography textbooks in China, earning him a reputation as the "Godfather of Photography" there. Juan I-jong has been immersed in the world of images for half a century, ever since that first time he hefted his camera for work. He has experienced the impact of globalization and digitalization over the decades, as well as bearing witness to the changing of Taiwanese society. His numerous works form a microcosm of Taiwan's 20th-century history.