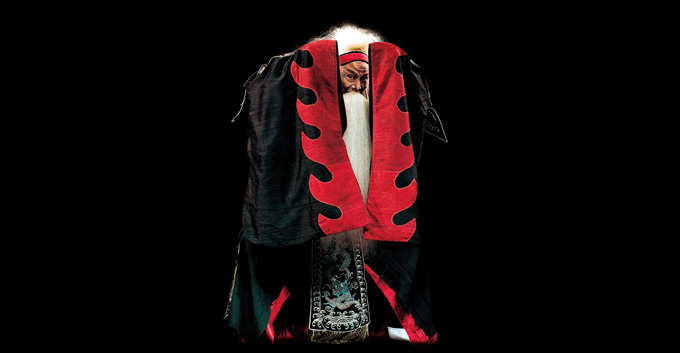 Theater actor, playwright, and director Wu Hsing-kuo has been compared to Laurence Olivier, one of Britain's most remarkable stage actors, by The Times.

Trained in both traditional and modern theater, Wu founded Contemporary Legend Theatre in 1986, aiming to revitalize the declining Peking opera. The troupe's debut piece, "Kingdom of Desire (慾望城國),” was an adaptation of Shakespeare's "Macbeth" whose combination of Peking opera with modern theater received rave reviews.

In 2001, Wu played 10 characters in his version of Shakespeare's "King Lear," which was another attempt to express Western themes through Peking opera. For Wu, there are similarities between Shakespearean plays and Chinese opera in terms of philosophy and soliloquy usage. Wu was acclaimed by The Guardian as the "Taiwanese answer to Orson Welles" with his one-man adaptation.

Wu made his appearance on the BBC in 2013 after premiering Kafka-inspired "Metamorphosis" at the Edinburgh International Festival to mixed feedback. With his interview airing on the major British media, Wu helped to introduce Taiwan's opera scene worldwide.

Wu believes that Chinese opera works adequately with Western adaptations. He continues to develop and diversify the traditional performance art form in the hope of appealing to younger audiences and bringing different parts of world together.