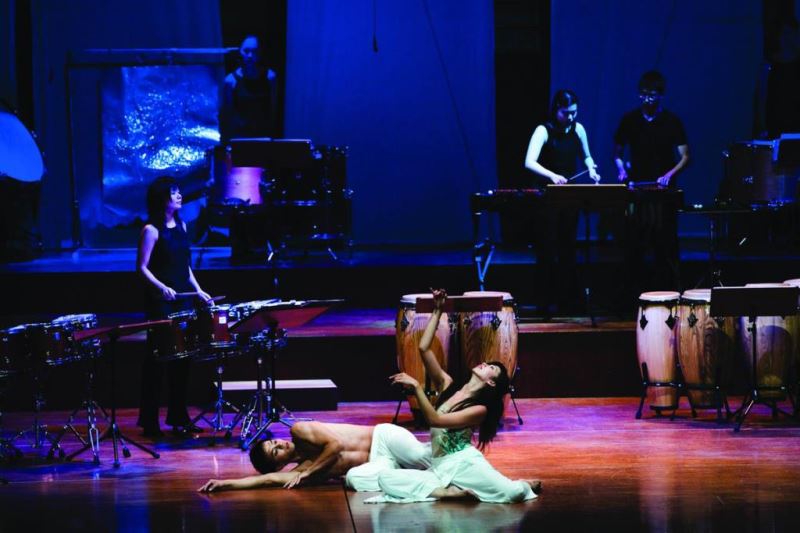 Founded in 1996 by Hsu Bor-nien, a well-established percussionist, the Forum's aspiration to "promote the fine arts and modern music” has been carried out with verve and style. During their first year, they set up an exclusive space which not only evinces a pleasant ambience for the performers as well as the audience members, but is also equipped with a state-of-the-art recording system that takes full advantage of the acoustics of the venue. The Forum produces award-winning albums in the studio; they have also preserved the works of other Taiwanese musicians and composers from the past and present.

The repertoire of the Forum Music Ensemble's percussion ensemble and chamber orchestra includes both popular pieces as well as works by prominent Taiwanese and foreign composers, enabling the group to expand the musical tastes of local audiences. The Ensemble has premiered the works of many Taiwanese composers in venues abroad, while also giving Taiwanese audiences a first look at pieces written by well-known foreign composers, thus facilitating cultural exchange through their musical performances.

To create its unique rhythmic style, the Forum has combined both percussion instruments and chamber music in their ensemble. In 2002, they performed the opera "Snow in August,” written by the Nobel Prize laureate Gao Xing-jian; they subsequently were invited to attend Canada's Taiwanese Culture Festival and Hong Kong's first Arts Festival on Taiwan.

In addition to founding the Forum Music Ensemble, Hsu Bor-nien also built the Forum Auditorium on Minzu West Road in Taipei City in January 1997 by repurposing the site of an abandoned factory. The multi-purpose venue boasts world-class audio- and video-recording facilities.

The Forum Music Ensemble works tirelessly to promote the development of modern music in Taiwan; they believe that their efforts will result in the ongoing advancement of contemporary music both in Taiwan and abroad. In 1999, the Council for Cultural Affairs, predecessor of the Ministry of Culture, chose the Forum Music Ensemble as an "Outstanding Performance Group” as a tribute to the talent and dedication of the group.