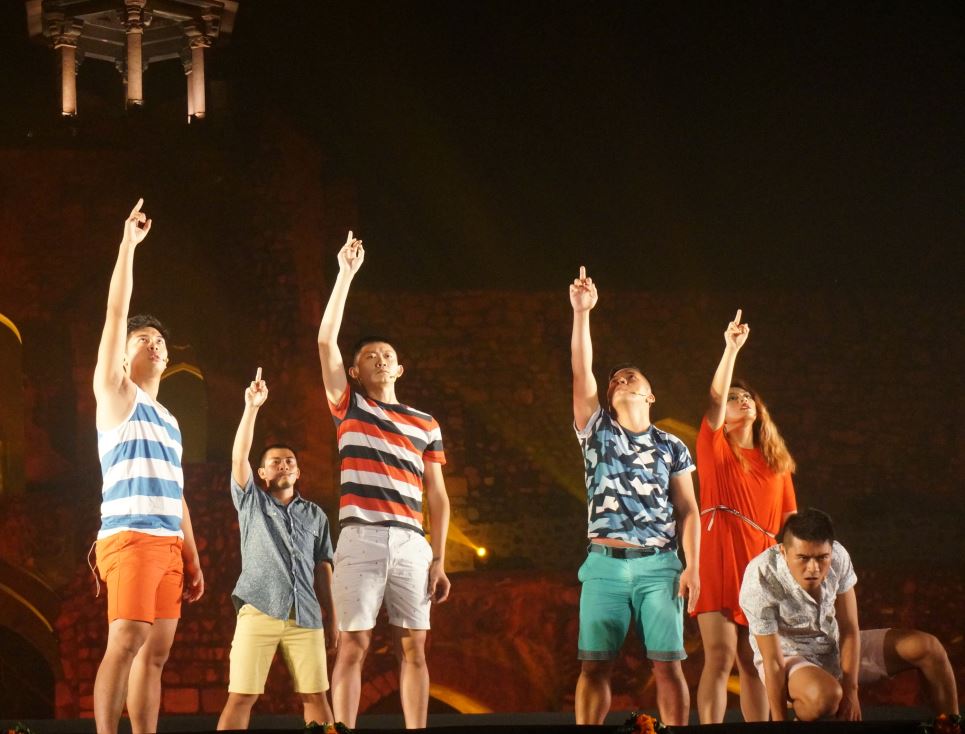 Name: TAI 身體劇場
Address: No. 5-1, Lane 121, Jiali 2nd Road, Jiali Village
Location: Hualien County (Eastern Taiwan)
Established: 2012
Did You Know...?
The name TAI comes from the Truku word for "to see." The leader of the troupe, Watan Tusi, was inspired by the elders of his tribe; when he was young, they would often tell him that one should not just ask questions, but first look and act, and he believes this also holds true for the expressive arts.
Site: https://zh-tw.facebook.com/TAIBodyTheatre

TAI Body Theatre was founded in 2012 by Truku choreographer Watan Tusi. When he was in 12th grade, he had the opportunity to see a cultural exchange performance between the Formosa Aboriginal Song and Dance Troupe and Māori performers from New Zealand, and this struck him deeply. After taking the Joint College Entrance Exams, Watan Tusi signed up to join that same troupe without a second thought, and in 2007, he became its leader. Five years later, he struck out on his own to found TAI Body Theatre, wanting to explore the possibilities of indigenous dance.

TAI Body Theatre had its beginnings in an iron shack under Hualien's Nongbing Bridge, inside which congregated young dancers from across Taiwan's indigenous tribes. While the troupe is still relatively young, leader Watan Tusi used his wealth of creative experience to help them quickly build a repertoire. The same year the troupe was formed, they completed their first piece, "The Sigh of Body." Built around experiments with the body and sound, it drew on elements of Truku dance, and over the years, it has been built on further with each new edition, expanding, revising, and evolving.

In 2015, TAI Body Theatre's most iconic work, "Dancing under the Bridge," was born, quickly being nominated for the 14th Taishin Art Awards. The main focus of this performance was how indigenous Taiwanese eke out a living in the cracks as they transition from tribal life to urban existence. Watan Tusi innovated by having the performers wear plain vests rather than the traditional clothing that features in most indigenous performances. And rather than traditional indigenous ballads, the show used modernized "logging songs," focusing on the homesickness of urban indigenous people along with their work ethic.

These "logging songs" were originally developed by indigenous people who left their homes for work far off in response to the demand for mountain logging labor, leaving behind their loved ones for the sake of making a living; these songs spoke to that homesickness.

Taken as a whole, the performance did not complain about society in a tragic way, but rather, focused on the power inherent in the solidarity of the laborers and the freedom of the indigenous people. That same year, TAI Body Theatre was invited to perform at the opening of the Yogyakarta Art Festival in Indonesia and at the Edinburgh Festival Fringe, with the critic from the Edinburgh Spotlight having particularly strong praise for the latter.

When talking about TAI, one thing that cannot be forgotten about is the troupe's most distinctive point, their "foot scores." As the name would suggest, "foot scores" are an approach to setting out performances based on footwork. Watan Tusi loves the sound of feet on the floor, symbolizing the closeness of the body and the earth; he considers it a means of summoning up the spirits of the ancestors. As such, he has carefully studied traditional indigenous dance, systematizing the sound and beat systems into some 82 forms thus far. Through each performance and experiment, his foot scores have become more mature and more diverse, as well as becoming an indispensable part of TAI’s work.

TAI Body Theatre also touches on topics such as indigenous literature, bodies, and musics, as well as contemporary aboriginal situations and environmental conflicts. After years of hard work, the troupe has gradually secured its place in Taiwan's art world, as well as setting foot several times on the international stage. In 2017, with the planning of the National Theater and Concert Hall, French artist Roland Auzet engaged in a cooperative project with TAI Body Theatre, bringing together their very distinct cultural backgrounds to create "Terrace on the Hill."