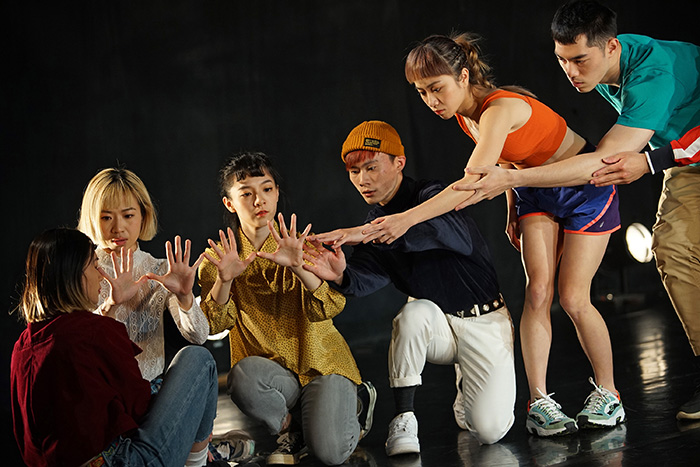 Chinese Name：舞蹈空間舞團
Founded: 1989
Location: Taipei, Taiwan
Did You Know?
Dance Forum Taipei is the second professional contemporary dance company in Taiwan and has become the new icon for dance innovation in the country. Over the past 32 years, it has bred a generation of Taiwanese choreographers with their own distinctive styles and become a platform for collaboration with Western choreographers. The forum’s work tends toward a kind of "eastern body language," marked by simplicity, delicateness, ethereality, and vibrance, and which has its own uniquely modern feel. It evokes not only uniquely Taiwanese characteristics, but also an "Asian style" of contemporary dance.


Dance Forum Taipei was founded in 1989, and its founder and artistic director, Ping Heng, holds a Master's degree in Dance from New York University.

After returning to Taiwan in 1984, he first established Crown Dance Studio with her friend Lo Man-fei, founding the first black box small theater in Taiwan and fully supporting his artists' creations with an attitude of "the sky's the limit" and "no gods, no masters." With this, she helped change the performance style of small theaters in Taiwan, creating a “wild and free” style, while also facilitating a network of international exchange between small theaters.

Four years later, she founded Dance Forum Taipei, whose works explore the possibilities for crossover between modern dance and various traditional cultures. In the time since, the company has successfully grown into an open creative production platform with multiple media and international connections.

In 2002, the company produced the Chinese-styled "Eastern Current." Through the interplay of Peking opera performers and dancers trained in Western dance, the company’s attempt to synthesize multiple cultures and styles elevated the level of performing arts. The show was even nominated for the Taishin Art Awards, with the jury commenting that “where Cloud Gate belongs to the now, Dance Forum Taipei looks to the future.”

Since 2008, the company has been working with international co-producers and has received professional recognition and praise from the dance industry in Asia and the West as it creates unique and attention-grabbing dances at home and abroad. Renowned New York Times dance critic Jack Anderson once remarked of Dance Forum Taipei, "[...] the well-trained group, founded in 1989, was a pleasure to watch." Works such as 2009’s "Flashing Lucidity" and 2013's "No Trace" showcase traditional and exotic cultures in a more contextual form through stage performance.

In 2014, "Dream Illusion Bubble Shadow" was released, breaking through the simple white stage style of the past, and bringing the giant "Rubber Duck," a sculpture which was popular worldwide at the time, onto the stage to create a seemingly humorous effect, but also a metaphor for the Buddhist philosophical ideas of "emptiness" and "bubbles and shadows." In 2019, the company was recognized with the Taipei Cultural Award.

Over the past 32 years, the company has invited 56 choreographers and 168 designers to present 83 modern dance productions. They have also been dedicated to cultivating new professional dancers, continuing to host and participate in campus art promotion activities, and establishing for themselves a distinctive personality among the dance world both at home and abroad. The company has toured in Taiwan, the United States, France, the Netherlands, Italy, Belgium, Switzerland, Canada, Japan, South Korea, and Hong Kong, putting on shows involving everything from traditional puppet theater to street dance, classical Chinese music to the music of Ryuichi Sakamoto, Japanese garden aesthetics to European performances styles.

For her profound involvement and achievement in the promotion of dance and dance culture in Taiwan, Ping Heng was honored as the winner of the third National Awards of Art in 1999 in the dance category. In addition to this work, she has also been involved in arts festivals, launching the Crown Mini Arts Festival in 1985, expanding it to the Crown Arts Festival in 1994 and providing small theater space for the promotion of exchanges in various artistic fields. Through this, she helped establish a new milestone for experimental theater in Taiwan.

As part of the business side of running a studio, Ping also found herself needing to branch out into arts administration, and in 2021, she published a book entitled "Artistic Thinking: The Creative Work of Ping Heng," bringing together the lessons learned from 30 years of experience. In it, she noted that an outstanding arts administrator is someone who has the heart of an artist and the work ethic of a nine-to-fiver, working with rigor and order to get the job done, while an outstanding artist can break down walls and create infinite possibilities.

Under the committed leadership of Ping Heng, Dance Forum Taipei has become an invaluable and substantial contributor to the promotion and development of dance culture in Taiwan as a platform for creating space for folk art groups to survive and thrive.